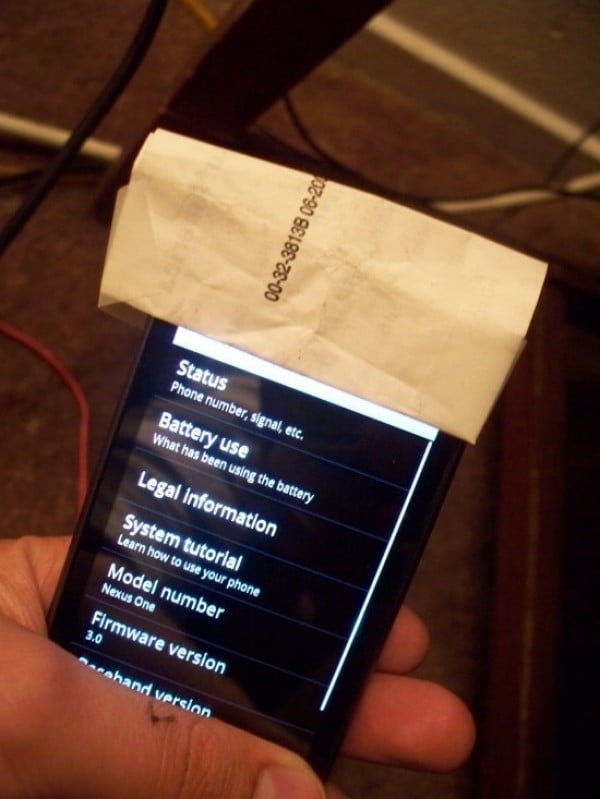 This sounds a little too good to be true, but it seems that the upcoming Android 3.0 (Gingerbread) OS has already been seeded to a few testers’ handsets. If this new rumor is to be believed, Google could be gearing up to release the next-generation Gingerbread Android OS update sooner than we previously thought.

While this indeed could be the real deal, it is possible to change the number of  your Firmware version. It takes some diving into the system files and performing some surgical hackery, but it’s definitely possible to create fake firmware versions on Android OS. We can certainly imagine some hacker spoofing their firmware version with the goal of getting all us technophiles riled up.

Still, if this rumor is fake, they have done a good job making it seem believable. What’s really interesting is the timing of its appearance. When we got our first sight of Android 2.2, it wasn’t even a full month until it was introduced at the Google I/O. With a rumored release date of October. The question now is – why are we seeing Gingerbread floating around so early?

I wouldn’t be surprised if the leaked Gingerbread screenshot above was, in fact, the real deal. Google surely has intentions to pack the heaviest punch it has ever packed into Android OS with this Gingerbread version of their mobile operating system. From what we know, there will be many added features, as well as a UI overhaul, so there are likely bugs aplenty that need to be ironed out. What better way to do that than to get to testing Android 3.0 as soon as possible?

In the end, if this rumor is the real deal, I’m just waiting for a leak of this bad boy. If Gingerbread is out in the wild, the leak will likely to happen at some point in the near future. It’s best to take this as a huge rumor, but stay positive on the possibility that it’s not some hacker getting a good laugh at our expense. In either case, we’re bearing down on August 2010, bringing us that much closer to Google’s new version of Android, even if there’s only one device currently running Froyo thus far.

The Thumbplay music service has updated their Android app so even if you're out of wireless coverage to stream music,...