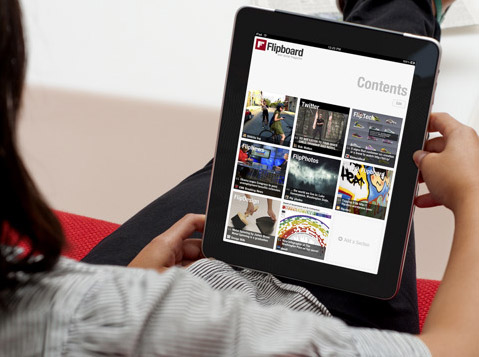 Flipboard is a new iPad app made to turn your beloved tablet computer into a social magazine. It does that by mining the hundreds of millions of web links posted each day on Facebook and Twitter. Your “job” is to enter your Twitter and Facebook logins and let the app do its magic.

It will then gather all content (articles, photos and videos) picked out by your online social circle, and diplay it in a magazine format. Yap, that means every day, you’ll be reading something new and different. The next step is to integrated Flipboard with more services, including Flickr and LinkedIn.

In case you wonder, Flipboard is a Palo Alto, California-based company founded by Mike McCue, co-founder of voice recognition company Tellme that was later sold to Microsoft; and Evan Doll, a former Apple engineer who worked on the iPhone. McCue apparently started working on the product late last year when it was clear Apple will launch the iPad…

Flipboard is a free app and the idea is to make money out of advertising.