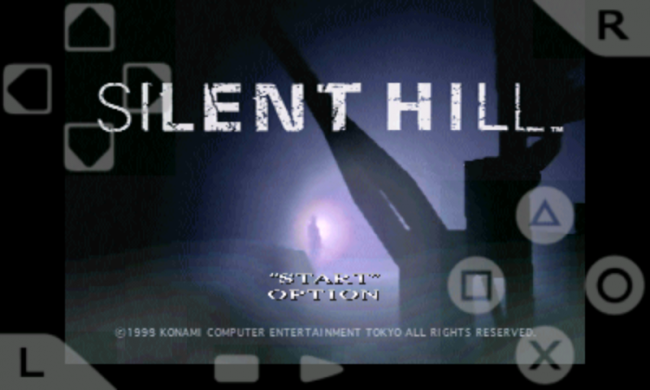 A Playstation emulator has been something that many Android users have been wanting for some time now, and now that PSX4Droid is now available in the Android Market, that wait is over. With this handy little PS emulator for Android, you can get your fill of PSone games right on your phone!

The emulator may be in it’s early stages, but it performs quite well. Being a big fan of survival horror games, I installed PSX4Droid and immediately loaded up Silent Hill. While some of the camera angles seemed to go in the opposite direction of where the character was going, I had no real issues playing the game. Most issues may likely be with the particular ROM you’ve downloaded, and not necessarily the the emulator itself. Sound on the emulator could be better, as some effects are garbled and distorted, and if you’ve ever played any Silent Hill game, you’d know that the music and sound effects are a large element of the game.

What’s even better, though I have yet to try it out, is that I’m using the emulator on the T-Mobile Samsung Vibrant. If you’re lucky enough to have a Samsung Galaxy S, or one of its many carrier variants – you too can connect the handset to your TV and play the video game via the TV-out feature. Doing this basically turns your Galaxy S into a game controller. This feature might be enough to make the Galaxy S line a little more attractive to mobile gamers out there.

Like I had said before, some issues you may experience may actually be the ROM you download, and not necessarily the emulator, but I can say this app performed better than my PC emulator I’d previously been using. The Android emulator supports a handful of ROM extensions, allows you to use your trackball or D-pad to navigate, and even lets you use the on-screen controls as seen above.

Save states are a go, and you can even use a WiiMote controller for it if you’d like! The application is only for higher-end devices, so you’re SOL if you’re sporting a G1.

Are you ready to get some real gaming done on your Android phone? PSX4Droid is available right now for $5.99 on the Android Market, and it’s definitely worth it!

If you thought Samsung was going to rest easy in the Android OS space with its Galaxy S line, think...