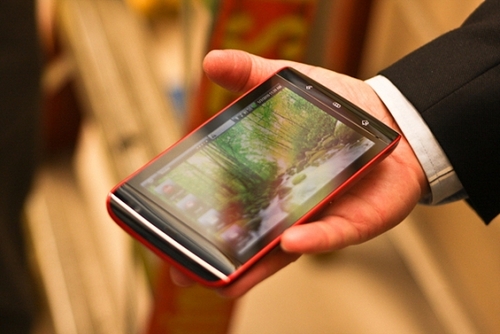 The Dell Streak is one huge device, and it apparently comes with an equally large sticker price on AT&T. While we’re used to seeing smartphones for just $199, even the bigger Android devices like the HTC EVO 4G and Motorola Droid X, both with 4.3-inch capacitive touchscreens, the Streak may be the exception. After all, it comes with a whopping 5-inch display and it’s powered by the increasingly capable Android operating system. So how much will it set you back? $299 with a contract, and $549 unlocked. But can you really justify that cost?

The Streak will be launching with Android 1.6, but Dell is already talking about getting 2.2 or Froyo on board after showing a demo of the device running Android 2.1. Sure, it’ll be powered by a 1GHz processor with 512MB RAM on board, and it has Wi-Fi, GPS and 3G capabilities, too. All pretty standard on most high-end Android devices these days. It also has a front-facing camera, like the EVO 4G, so you can video chat with friends and family.

Of course, with Android 2.2 it’s a whole different story. Having Flash on the device will open up so many video streaming and gaming opportunities for big-screen lovers. We can also expect to see all the performance boosts that Froyo brings as we’ve already seen in the Nexus One – the only device to officially support the latest version of the OS.

Even with all of those features, will the extra screen real estate justify the $100 you’ll be paying over equally capable Android handsets? Would you even want to use a monster of a phone or anything near that size? If you think the EVO and Droid X are beasts, perhaps you’re better off looking elsewhere. But if you can’t get enough screen and lugging your iPad around isn’t always convenient, the Streak might be worth a look.

AT&T Hosting BlackBerry Event Next Tuesday in New York, 9800 Slider on the Way?

We just got an invite to a joint BlackBerry/AT&T event in New York for next Tuesday, which both of our...