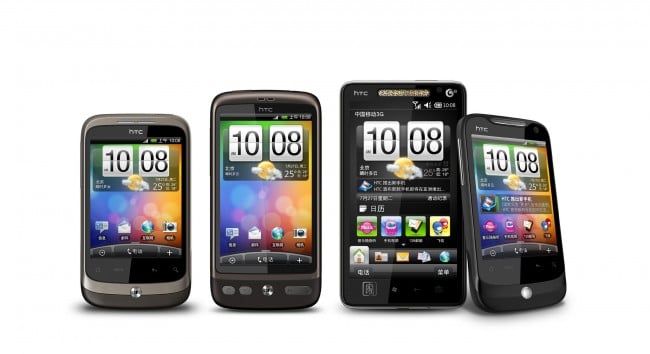 HTC has announced four phones for China, some of which may seem familiar to those elsewhere in the world. The Wildfire, Desire, Tianxi (HD2), and Tianyi (looks like a Wildfire with a trackball) will all be coming to China Mobile under HTC’s name, nixing the Dopod brand HTC had traditionally used in the area.

In North America, HTC’s marketing has been extensive, and really high-quality; we can only assume that HTC has been flexing that same muscle closer to home and making a name for the company. I’m really curious about that Tianyi thing, in any case –  it’s running Sense and Android, sure, but what are the specs?

So the government made some exemptions to the DMCA yesterday and you went to jailbreak your Apple iPhone almost instantly....