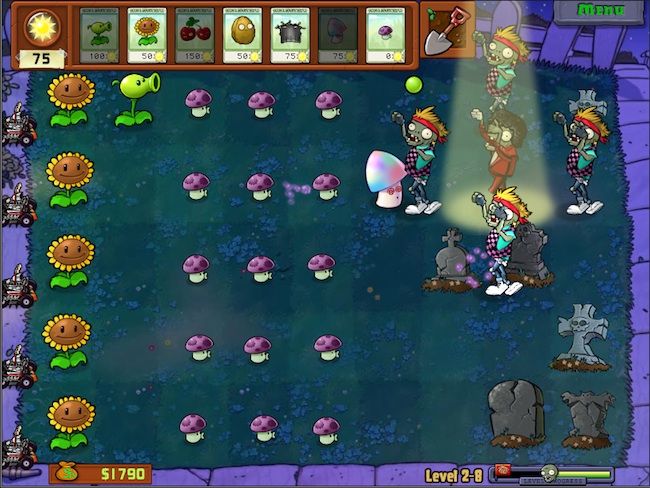 It should be no surprise that I love Plants Vs. Zombies.  To the point that if someone said to me, “If you love it so much, why don’t you marry it?”, I would happily show the engagement ring that I’ve already purchased for the game.  All I need is for the most opportune moment to pop the question.  PvZ has been a huge success for PopCap Games as the game has killed on the iPhone & iPad since its release.  The problem is, it looks like it might have received too much attention.

In Plants Vs. Zombies, there’s one particular dancing zombie that gives an uncanny resemblance to Michael Jackson in his iconic and highly recognizable music video “Thriller.” Every aspect of the zombie screams Michael Jackson, even down to the dance moves he performs along with surrounding zombies.  Since Michael Jackson has been dead for over a year, his estate is now calling the shots and it doesn’t appreciate the inclusion of a zombified Michael Jackson in their game. I wonder why?

“The Estate of Michael Jackson objected to our use of the ‘dancing zombie’ in ‘Plants vs. Zombies’ based on its view that the zombie too closely resembled Michael Jackson.”

“After receiving this objection, PopCap made a business decision to retire the original ‘dancing zombie’ and replace it with a different ‘dancing zombie’ character for future builds of ‘Plants vs. Zombies’ on all platforms. The phase-out and replacement process is underway.”

Now how am I supposed to pay tribute to the deceased King of Pop?  Plants Vs. Zombies was the only way I could relive the glory days of Michael Jackson while I attacked him with a row of intricately placed plants.  What am I going to do now, listen to his music?  Thanks a lot Estate of Michael Jackson!

iPhone 4 Antenna Gets Blasted by the French Too

Consumer Reports aren't the only respected testing service who have called out the iPhone 4 for faulty antennae design; Europe's...