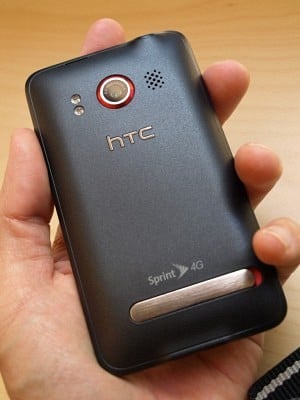 Sprint already announced that the HTC EVO 4G is slated to get Android 2.2, or Froyo, starting August 3. Even if the update doesn’t hit your device over the air on that date, you’ll be able to manually grab it through the phone’s settings under “HTC software update.” Oh, but no. You are just far too impatient for that. Good news for you, if you haven’t already slapped some cooked up ROM version on your EVO, you can download the update officially from HTC.

That’s right, boys and girls, you can get the official version of Froyo for the EVO 4G simply by downloading the software and installing it on your device. Here is how to do it as reported by AndroidSpin:

It’s so easy a Luddite can do it. So what are you waiting for? Faster web browsing, Flash 10.1, an LED flash light, apps to SD card storage and a bundle of widgets can be at your disposal now. Of course, if you have that overwhelming fear that you’ll do something wrong or brick your phone, I suppose waiting a few days can’t hurt. Otherwise, follow step 4!

[Update]
As with any unofficial software release, in that software isn’t officially released by a carrier of manufacturer, take great care and caution when updating. HTC just announced on its Twitter page, “Please be aware any update.zip floating around for EVO are not final and may cause problems. Official updates are coming OTA next week!” Although the file download version matches the one on Sprint’s OTA page, so at this point you’ll have to use your own discretion.

My plans for posting a review of the Sony Ericsson XPERIA X10 Mini Pro early this week have been derailed...