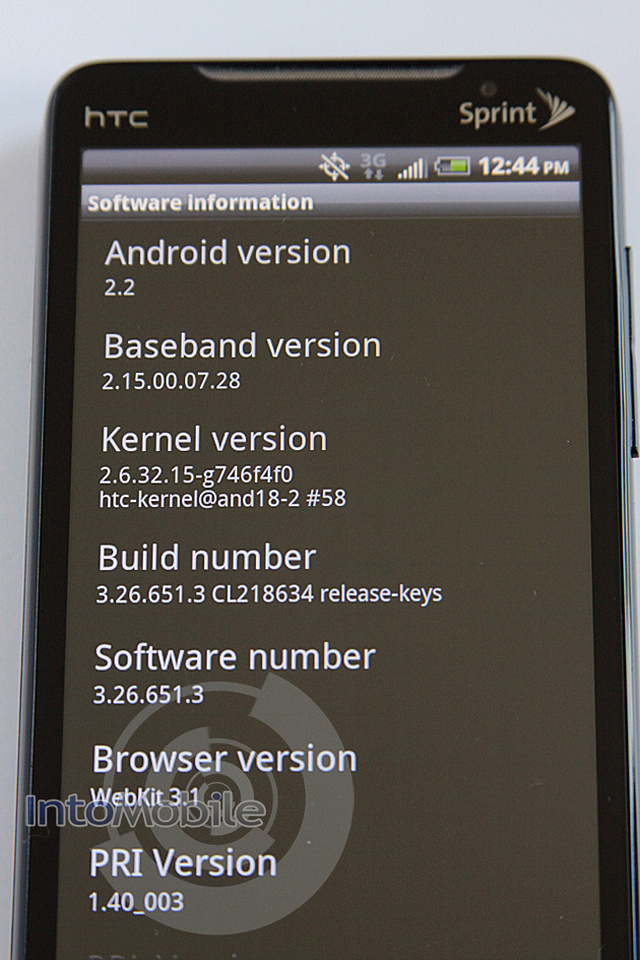 Sprint was beaten to the punch by some HTC EVO 4G fans as the Android 2.2, or Froyo, update was uncovered and released from HTC’s own servers. EVO 4G users were quick to download the update before it was pulled by HTC, and Froyo was happily installed by many last night – including myself. The WiMax-capable smartphone’s performance is now a little faster all around and there are a number of new features, too. So sit back and relax as I walk you through some of the HTC EVO 4G Froyo goodies you can expect next week if you haven’t downloaded the update already.

Before we move forward, I must say this: we’ve seen Android 2.2 with for the EVO before, but many of those were running software version 3.26.651.1, which is not the final version. It is believed that the final software version that will be released by Sprint on August 3 is 3.26.651.3, which is what we are currently running. HTC tells us differently. In a tweet on Friday, the Taiwanese company warned that any “update.zip” files floating around were unofficial and unstable. On Sprint’s own website, the software versions seem to match perfectly. I’ll let you decide which is which for yourself. 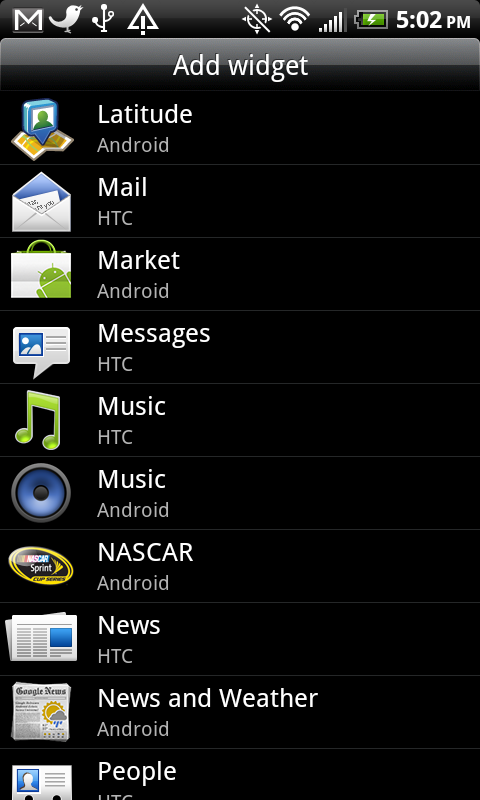 Android 2.2 seems to be playing really nicely with HTC and its Sense UI as this update brings a plethora of new widgets. There are minor ones like new calculator and FM radio skins for widgets, but there are also bigger ones like Messaging, Profiles and Ringtone widgets. The beauty of Sense UI is that it gives you seven windows or panes to play with, and Leap, which allows you to jump from any screen with the push of a button or pinch of your fingers, makes it a breeze to navigate.

If you were having any problems filling up those seven screens with apps and widgets before, you shouldn’t really run into any issues now that Froyo adds a ton more for your choosing.

Just to be clear, “widgets” are like apps that live on your homescreen. They’re always running, so they constantly update themselves with information that’s relevant to the widget. If you put a Calendar widget on your homescreen, it will keep you updated with your current schedule – all without having to fire up the calendar app itself. 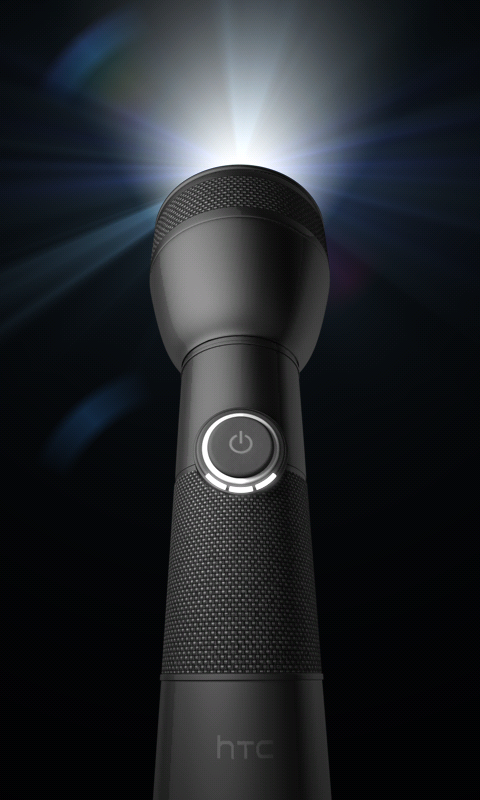 One feature that everyone has been excited about is the Flashlight app for the EVO 4G. I have to admit, it works well as it takes advantage of the bright, dual-LED flash on the back of the handset. It even came in handy as I was leaving my apartment last night. When you turn the light on, you’ll see the image of the flashlight and that the light emitting from the image corresponds to the brightness of the LED light. Tap it once or twice more, and you’ll not only see the light get brighter on the image and the back, but there are also indicators under the “button” on the flashlight on your screen. Pretty nifty!

The camera has also picked up a new feature for those of you who like to play with framing pictures at different angles. When you rotate the camera from portrait to landscape or even upside-down, the buttons on the screen rotate so that you’re always seeing them right-side-up. Not a huge update, but very convenient.

Now, if you’re an amateur videographer and you’ve been annoyed that you could record in low lighting conditions, Froyo really saves the day. Whatever it is you’re recording, whether it’s a jaunt from bar to bar or perhaps night time video footage that can somehow make you infamous, the camcorder feature now supports flash-assisted recording. That’s right: simply touch the flash button on the screen while recording and the LED lights will brighten things up a bit. 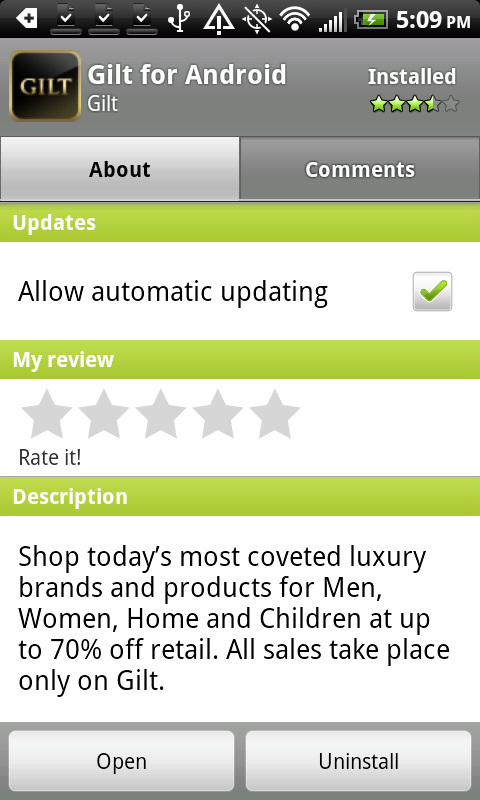 Aside from the hot new Flashlight app on the EVO 4G, Flash 10.1 from Adobe comes built right in. That’s right, say farewell to Flash Lite for some battery-hoggin’, system resource eatin’ Flash and Flash-based video action. Performance hasn’t been too bad on sites that are Flash heavy, but I happen to prefer it on demand or turned off. Having it always on can get annoying with Flash ads everywhere. Be sure you go into your browser’s settings and enable plugins if you want to use Flash.

Before you get too excited, it doesn’t always work where you want it. Being the soft couch potato that I am, the first site I went to was Hulu. While everything loads up properly, attempting to play videos has only given me the error message, “Unfortunately this video is unavailable for your platform. We apologize for any inconvenience.” Yeah, You should be sorry, Hulu! Ah, well.

Two things you’ll notice with the new app features is the ability to share apps, or store them onto your SD card. Sharing apps is simple enough: you click on the App Sharing, um, application and it pulls up a list of apps that you can share with your friends, family, loved ones and casual acquaintances. You’re given the option of sharing via Facebook, Gmail, Mail, Messaging and whatever Twitter application you have installed, though I’m not quite sure it works through all these mediums. We’ll test and report on this later.

One of the bigger features we’ve been yearning for is the ability to store apps on the SD card. Now you can go right into Manage Applications and you’ll see the option to slap your app right onto the SD card, although the feature doesn’t seem to be working with all apps just yet.

You can also set the Android Market to automatically download and install updates for your apps as they go live on the Market. You can find the option to automagically update your apps in the “Downloads” section of the Android Market. Just tap the app and you’ll see the “Allow automatic updating” option. You should know what to do from there.

A new app I haven’t been able to try out is the Car Panel. When you open it up, you’ll see Footprints, Navigation, Voice Search, View Map, Search and Make a Call in big, giant icons. Presumably, you’ll have the option to get a car dock later in order to take advantage of this feature. Sounds pretty convenient for those long trips on the road. 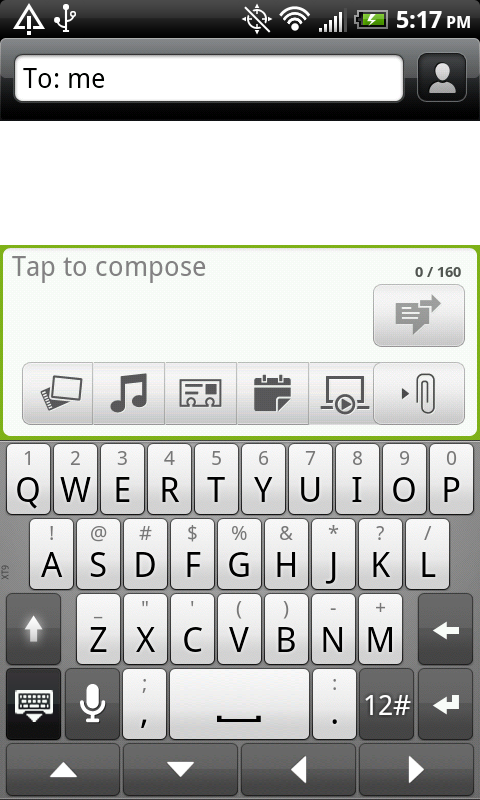 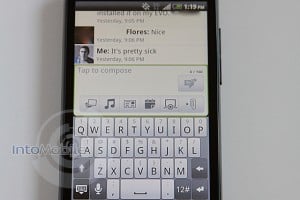 Aside from a boost in speed and performance, perhaps one of the first things you’ll notice are the minor tweaks to the UI and to some of the options. For example, the little Google search bar now has a blue Google logo. When you press on it, you’ll have the option to do a Google search, search the web or search apps. The Messaging app now has message counts available just like you see on stock Android handsets. Now you’ll know if your threads are becoming unwieldy and whether it’s time to delete some messages. You’ll also notice that the area in which text appears as you type is much larger, too. Attachments now bring out a tray of options including sending vCards to your friends for easy contact sharing.

Additionally, the Gmail app took a minor design tweak as everything appears darker now thanks to a dark bar up top that displays which account you’re using. Another great change is that when you open a message and you want to switch to the next message before or after the current one, there are arrow buttons down below where the Archive/Label/Delete buttons were arranged. In order to access lables, you’ll have to press the Menu button while you’re in the message. 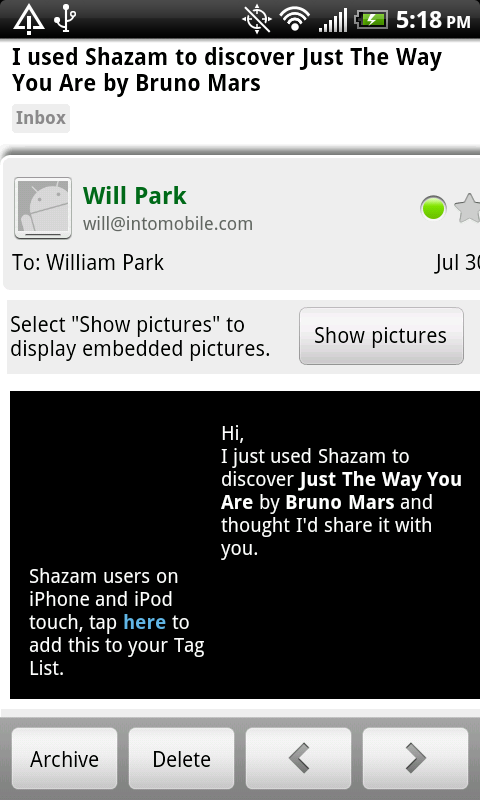 Gtalk also received some design changes, too. Everything seems bigger and more spacious, and the default buddy list screen is now black on white instead of the other “negative” or “night-time mode” design we’ve grown accustomed to. 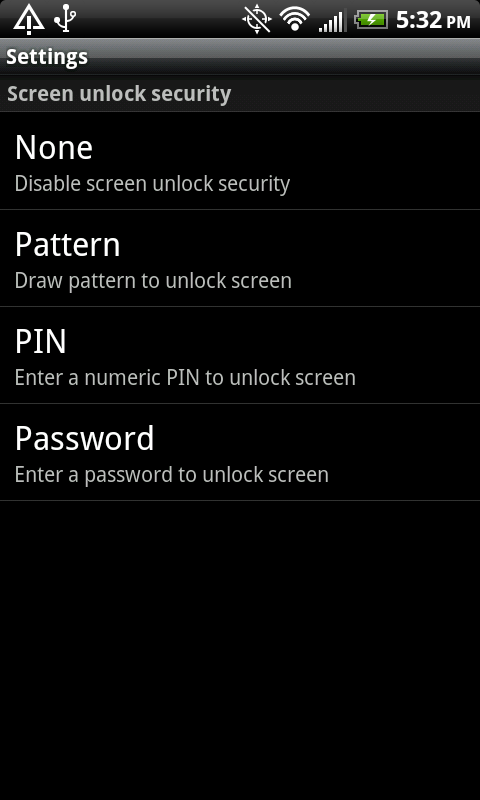 Settings hasn’t changed much saved for a few new additions. First, and probably not as noticeable, is the Sound & Display setting. It has now been separated into two sections: Sound and Display. Woohoo! Right? Another addition is the ability to enter a PIN code lock instead of the swipey pattery lock that some of us loathe and abhor. Or, if you don’t mind taking some extra time in unlocking your device, you can set up a more intricate Password Lock, too. In either case, you can set it up to activate after a period of inactivity, or immediately after the screen shuts off.

Sense Rearranged the Alphabet and Put U and I Together 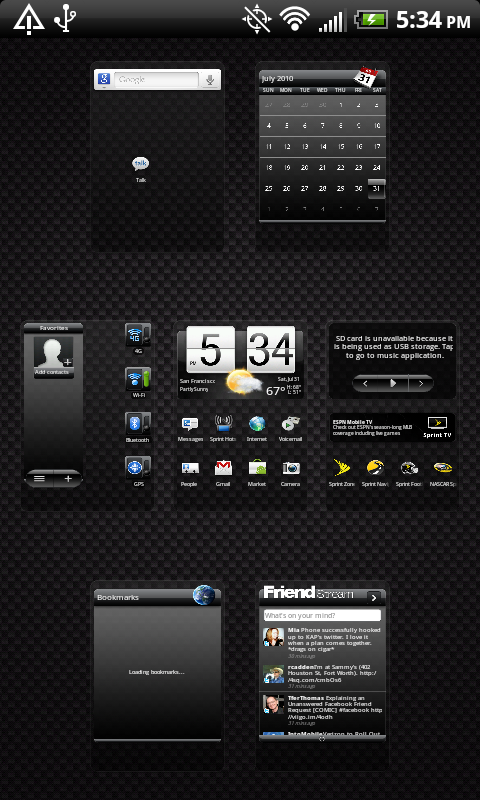 Overall, Froyo is a might welcome update to the Android platform and it works wonderfully with Sense UI. Some might consider the vast number of options a little overwhelming, but if you’re familiar with Android at all you’ll feel right at home. I find that the new widgets, features and options give the EVO 4G the kind of customizability that I want. HTC did a great job with Sense widgets and the overall ease of use. Navigation is simple, getting where you want to be is quicker than ever and the interface now seems to really work with you. 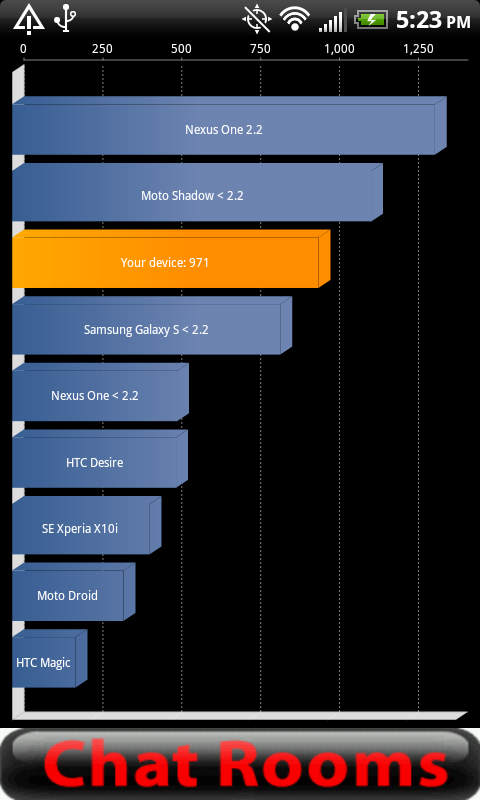 Because I’ve only had Froyo running on my HTC EVO 4G for just under 24 hours, I can’t comment on battery life and whether it has been improved. Performance is better and there are additional new features that might drain battery life even more, like Flash, the flashlight or flash-assisted video. However, I’ve always found that making a few settings tweaks and learning how to manage your phone properly can give you a full day of use without having to worry about the charger.

We’re just a few days away from Sprint’s push of the official Android 2.2 update, but I’m sure most of you really just can’t wait.

Did this walkthrough get you excited for an HTC EVO 4G? If you’re strongly considering one now, strongly consider our review here. And if you’re an Android newbie, be sure to get better acquainted with the platform on our Android page.

Samsung is really taking the world by storm with their Galaxy S line. An international version, plus four US variants,...