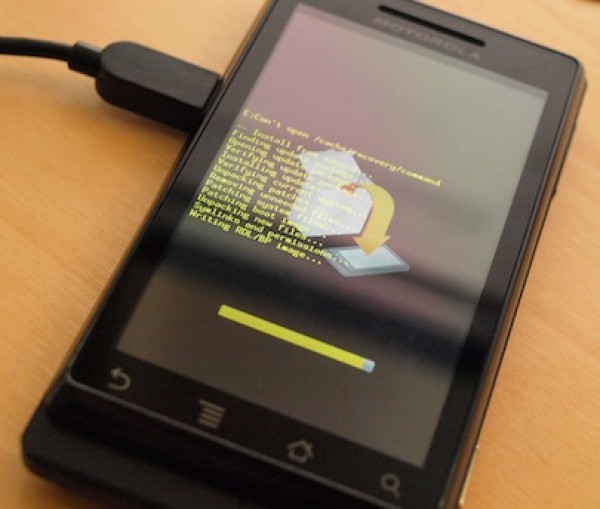 It’s here folks – the official Android 2.2 Froyo update has been leaked for the Motorola Droid, and we’ve got the instructions on how to manually install it! As expected, Verizon is rolling out the Android update to their original Motorola Android phone this week, but we know waiting for an OTA update can be painful. So, if you’re ready to get some Android 2.2 action on, keep reading to install Froyo yourself!

If you’ve been waiting to get some sweet, sweet Froyo lovin’ on your Android slider phone, this is definitely your day. Android 2.2 will enable your Droid to dial phone numbers by voice through a Bluetooth headset, run Android faster (thanks to the JIT compiler), surf the web faster (thanks to the V8 JavaScript engine), support for Adobe Flash 10.1, and a whole bunch of other cool features – without, of course, the WiFi hotspot or tethering option.

Installing the update is relatively easy, and as long as you follow the instructions you won’t have any problems.

So if that was too hard for you, maybe you just want to wait out for the Droid 2, which will have Froyo pre-installed on it when it comes out. But we don’t think the method outlined above is too painful – even the less tech-savvy people out there should be able to do this with ease. If you don’t feel like forcing your Droid to update to Android 2.2, that’s fine too, as the official OTA is said to be hitting handsets this week. Just don’t come complaining if its been a week an you haven’t received it, OTA updates can take a while.

If you just used this method, how are you liking Froyo so far? Liking the overall snappiness of the new OS build?

Today we were at RIM's event in New York City to see its latest baby - the BlackBerry Torch 9800...