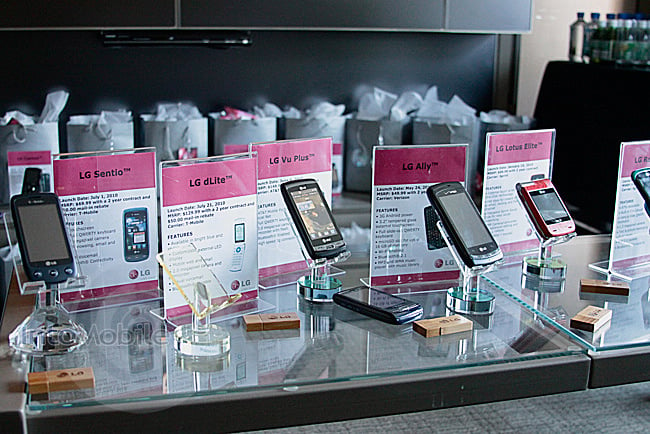 LG makes some pretty nice phones, but when it comes to higher-end smartphones – like the iPhone 4, Droid X, EVO 4G, Galaxy S – LG has been struggling to keep pace. The lack of truly competitive high-end smartphone offerings from LG leads us to ask ourselves: Does LG have a viable future in the US high-end smartphone market?

The US market is key
Before the iPhone launched in June 2007, the Chocolate seemed to be one of the sweeter feature phones on the market. During the post-iPhone launch era, LG had a number of other decent phones like the Voyager, and some curious ones, too, like the outrageously overpriced Prada phone. In between are handsets like the Vu and enV3 – not so boring, just plain and nice. Perhaps that is the problem with LG: its phones are nice, but really nothing more. As of today, especially amongst heavyweights like HTC, Apple, Motorola, and Samsung, LG doesn’t seem to have much of a future in the North American market. And that’s pretty scary.

The U.S., I feel, is the market that can make or break a manufacturer these days. Sure, you can talk about global market share all you want (where Nokia is dominant), but we now know that value share is exponentially greater than overall market share – we can thank Apple for that. In many ways, LG has failed almost spectacularly at making a splash of any kind in the higher tiers of the smartphone space – not even so much as a droplet of a water in a small dish. 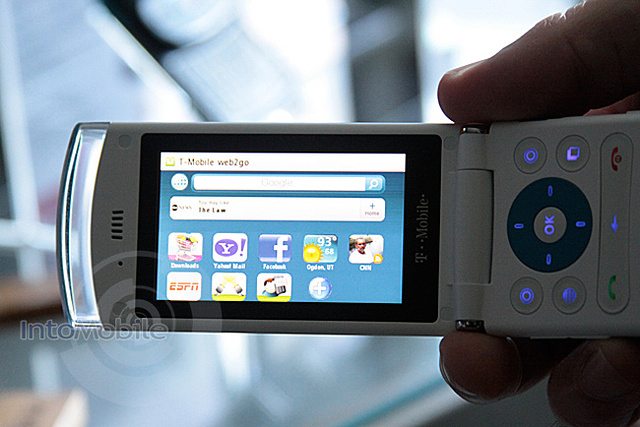 No one’s home for the holidays?
I recently went to a preview event held by LG in New York City. The event turned out to be a series of private briefings, but I was still hoping to be treated to something really cool. I was excited – though not expecting – to hear some news about Windows Phone 7 and what LG was planning to unveil as a Microsoft hardware partner. Instead, I learned nothing about LG’s Windows Phone 7 handsets and left with a puzzled look on my face. The purpose of the event was apparently to show off the LG holiday handset lineup.

Before you get too excited, the image you see above is the manufacturer’s holiday lineup. That’s right, the Ally, Lotus Elite (which sounds so very close to an exotic sports car, though nowhere near as exciting), Vu Plus and dLite are what LG has lined up for this holiday season. It’s the reason the Korean manufacturer decided to hold an event in New York City.

The only decent handset that LG has come up with recently is the Ally. The company threw an Iron Man themed event in New York in honor of the Android smartphone’s launch, and it almost seemed like LG was slowly making its way back into the game. Instead, the Ally turned out to be a sub-one-hundred-dollar phone that took a back seat to the HTC Droid Incredible and the Motorola Droid X on the same carrier.

Low-end for the win
Now, I’m not saying there isn’t a market for low-end phones – there most certainly is. The thing is, where Samsung, Motorola and HTC are simultaneously occupying that low-end market with LG, they are also carrying mighty big sticks with the Galaxy S series, Droid X and EVO 4G, respectively. Even the iPhone 3GS stomps all over the Ally and it’s now available for just $99 at AT&T.

To be fair, though, the low-end mobile phone market has historically proven to be a cash cow for LG. LG pushes a lot of low- to mid-range phones out the door, and it has helped the Korean phone maker gain some serious market share. Unfortunately, the marketing and handset design philosophies that work in the lower-end of the handset spectrum really don’t apply to the high-end smartphone world.

Is the low-end where LG is fated to keep making money?

Where is LG’s flagship device? Show me Windows Phone 7!
What happened to the monster phones like the BL40 Chocolate (which never made it in the U.S.) and the GW990 and its Intel Atom processor? I wasn’t even allowed to touch the latter at CES earlier this year, maybe since it was vaporware and all. It seemed like the manufacturer was finally headed somewhere with these handsets, and then it was back to the same, plasticky, boring phones.

If LG doesn’t act fast enough, it’s going to fall further behind than it already is. We all know that Windows Phone 7 is slated to be released later this year, and that Samsung and HTC devices have been seen running the unreleased operating system, but if the holiday lineup I saw is it, without so much a whisper about Windows Phone 7, I’m worried it’s game over for LG. At least it is in the U.S.

As of right now, the only statement we were able to get out of LG Global is vague and uninspired. LG told us that, “To provide the best solution to the consumers, LG is working closely with Microsoft to bring LG phones with Windows Phone 7 to market by end of year.”

That doesn’t tell us whether it will be launching in Europe, Asia or North America by the end of the year.

What the Korean company needs is an EVO 4G or a Droid X. Maybe even something more ostentatious like the Dell Streak with its 5-inch display. What LG needs to do is break out of its habit of churning out snooze-fest phones and take a big risk, and I’m hoping it does that with its first Windows Phone 7 handset. Otherwise, it’s probably time to think about throwing in the towel.

Review: LG Ally for Verizon – Is it a ‘smart’ Android smartphone?

The LG Ally marks the introduction of the Korean smarphone maker's first Android device available in the US, and just...