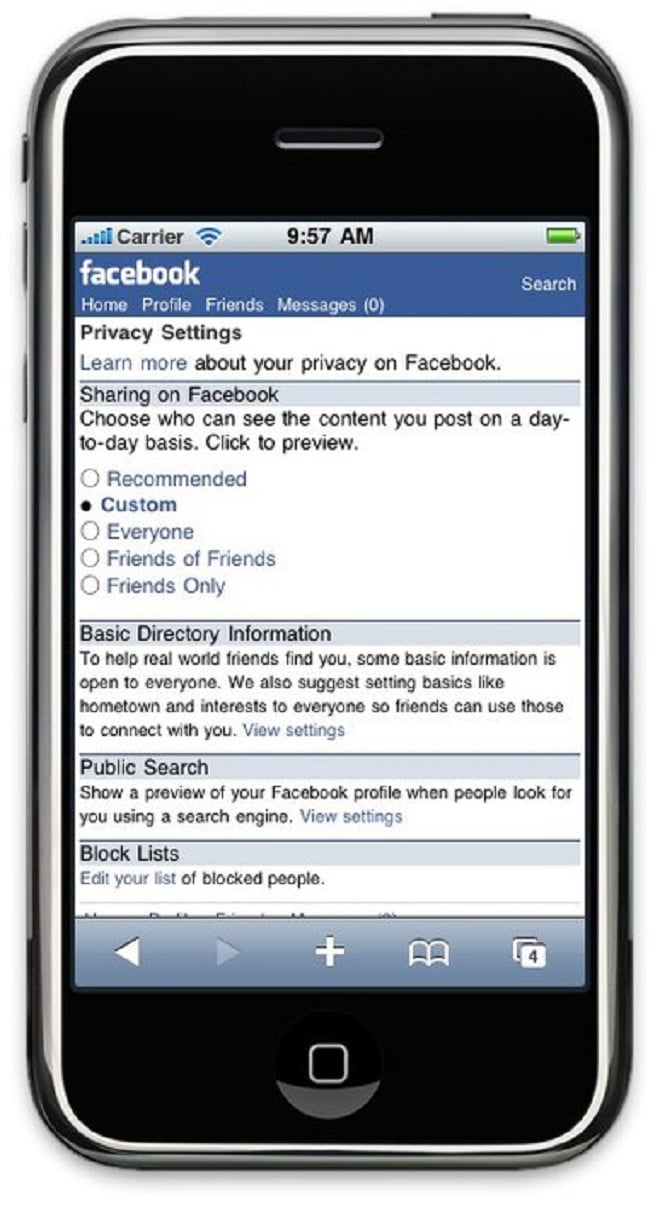 After facing much criticism over privacy concerns, Facebook is beefing up how users can control their information. It’s not just desktops though, as the world’s largest social network is bringing privacy controls to your handset.

On its blog, the company explained:

You can get to privacy controls on mobile by going to m.facebook.com/privacy or by going to the Settings page and clicking the “Change” link next to the words “Privacy Settings.” Check it out for yourself to:

* Fully customize your granular settings, if you want, and have them take effect instantly, and

* Read through our comprehensive privacy guide, formatted for mobile devices.

It’s a good move for Facebook to bring these privacy controls to handsets because the company knows that mobile is their future. I do think the privacy flap was a bit overblown and amplified by a vocal minority but it’s a real issue that could really hamper the company’s ambitions.

What are those ambitions? It’s simple really: they want to remake the web. Instead of going to Google to find out what you want, the company wants your friends (and its advertisers) to influence your Internet experiences and decisions.

This could be incredibly powerful on the mobile side of things because the company wants to become a platform that influences other phones, apps and even app stores. We all know location-based services are coming in a big way, but the check-in model seems kind of limited and geo-fencing coupons can still be spam-like.

If you implement a strong social-networking layer like Facebook, these location-based services could become more useful. If I walk by a deli which has received praise from many of my Facebook friends, a mobile coupon from there would be more useful than just a random store that senses I’m nearby and shoots me a discount.

I could go on and on about Facebook, privacy and mobile, but I want to hear your thoughts in the comments.

One of the biggest complaints about the BlackBerry is that the web browsing experience bites the big one when compared...