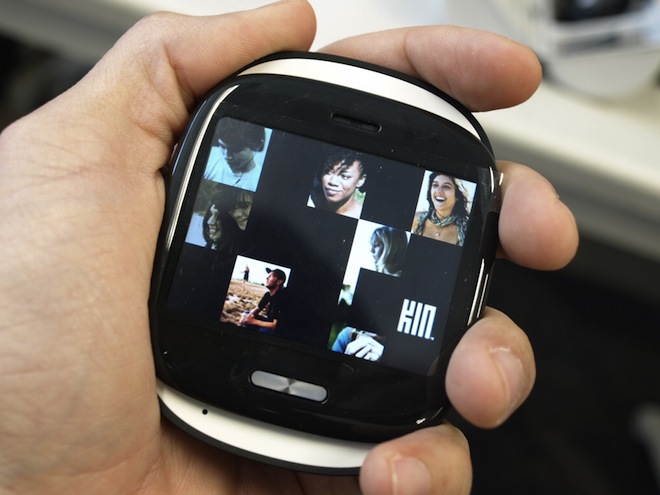 We thought Microsoft’s KIN phone software update that previously went out over-the-air on the Verizon network was pretty much the KIN team’s last hurrah before shuttering the doors for good, but we’re happy to say that we were wrong. It looks like Microsoft is continuing development on the platform that has been officially put out to pasture, and new updates continue to hit customers’ phones. To be clear, we’re not happy because the KIN was such a compelling handset lineup – just that it’s good to see Verizon and Microsoft committing themselves to give support for those kooky little pseudo-smartphones.

So, what’s new in this latest KIN update? While the software build version remains the same at 2814.0, it seems the KIN Loop feature has been updated with yet more Twitter functionality. We’re going to ignore how strange it was that a handset aimed at the social-networking generation was launched without a more robust Twitter app, because that’s just beating a dead horse to, well, death. The update enables you to view pictures embedded within tweets directly in Loop, without having to open up the web browser. You can also view these pics in the Online image album view within the Camera/Pictures app.

Another added feature is the ability to see replied tweets when you open a tweet from someone you already follow. If that tweet you just opened was also replied to by another person in your Twitter contacts, you’ll see the reply in line with the tweet. Confused? Don’t be – it’s basically like seeing your tweets in threaded view, with messages from your group of Twitter friends.

That’s all we know about this latest KIN update. There’s a chance Microsoft will continue to push updates periodically, but we’re not going to hold our breath. We’d love to be wrong on this one, so let us know if you find your dead-but-not-forgotten KIN getting an update down the line.

Microsoft is gearing up for its upcoming Windows Phone 7 and it knows that apps will play a large part...