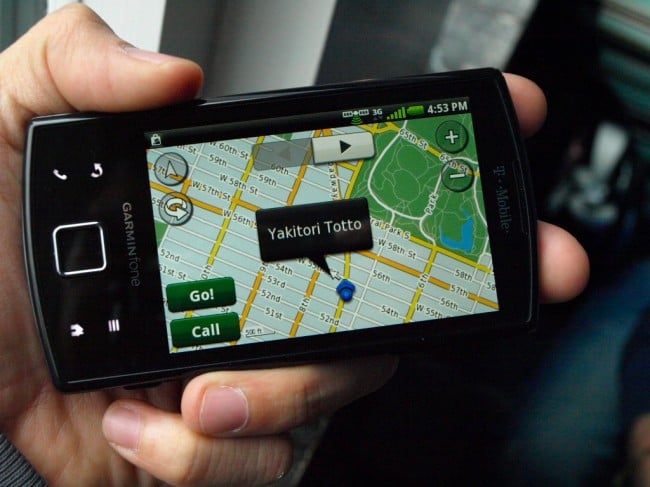 To the surprise of no one, the Garminfone Android device hasn’t been a big hit on T-Mobile and other carriers, as Garmin said its mobile division hasn’t performed as well as it had hoped.

According to the company’s second quarter earnings statement:

Sales of our smartphone product category contributed $27M in revenue during the quarter. While this was below our plan, we are working aggressively with T?Mobile and other carriers around the globe on the appropriate positioning and pricing of our devices in the competitive smartphone space.

It’s not terribly surprising that the Garminfone isn’t setting the world on fire because the device is missing a few key features like a headphone jack (!) and a modern version of Android. To be fair though, it does pack on-board maps, so, unlikeGoogle Navigation, you won’t have to worry about having a constant data connection for directions.

Garmin posted a solid quarter overall but the future does not bode well unless it can up its game with smartphones. The personal navigation device market is eventually going to dwindle as more and more people carry smartphone with similar navigation capabilities. Sure, the phones aren’t quite as good as these dedicated devices, but it’s more convenient and good enough for most cases.

To its credit, Garmin understands this and is teaming with Asus to produce Android phones. Asus can make some solid hardware, so it’s up to Garmin to leverage its location-software to stand out from the crowd.

It doesn’t appear that Garmin knows how to do that yet. The company said it wants to make location a stronger part of a smartphone’s operating system, as it should integrate with every aspect of the device. Think about location integration with your contacts – it could be nice to know when someone you conveniently contact is nearby.

So far, Garmin Android phones haven’t shown much innovation beyond a navigation service that doesn’t need data. It needs to show us more if it wants to be a serious player in this market.

It looks like there's a new sheriff in Motorola's town, as billionaire invest Carl Icahn has purchased the biggest stake...