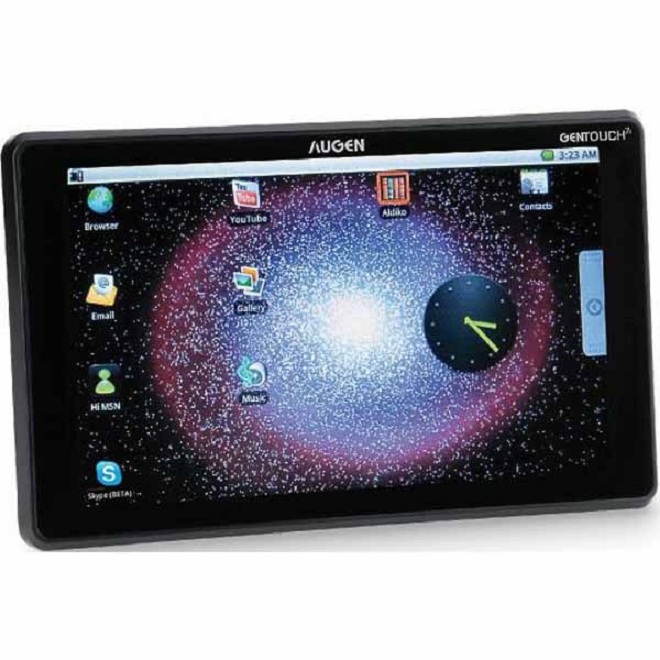 Shortly after we heard that Kmart’s $150 Android tablet, the Augen GenTouch78 was running a  pirated version of Android OS, the company has come out and said that the addition of the app was “overlooked,” and was not meant to ship with it installed.

The issue at stake is that the Augen Android tablet shipped with the Android Market app, but offered read-only access to the Android app store. Augen did not have the licenses to add in the Android Market, or any Google apps, as they are not a part of the Open Handset Alliance, and who knows if they will get into the OHA after this little mess they’ve made for themselves.

Augen CEO Gary Gofmanhad this to say on the subject,

the Google Mobile Service and Android Apps were pre installed during the development process on our tablets for testing purposes, and were not removed unintentionally before releasing the products in the market place. Google and Augen came to a mutual understanding that the Google Mobile Services Application Suite pre-installed on the GENTOUCH/ GENBOOK Series; could not be removed due to technological constraints for the products that were sold, shipped, or already produced. For future production runs and deliveries, Augen will block and remove the Google Mobile Services Application Suite from the current devices until further notice.

So once the GenTouch78, and the company’s upcoming products hit the shelves, don’t expect to see any Google apps, including the Android Market, pre-installed. To get around the can’t-install-apps problem, Augen has provided some patches to give the users the option to install applications either through the command line, using  Android Debug Bridge (ADB), or from the SD card. So at least there is a way to get applications on the tablet, but obviously it’s not nearly as easy as downloading and installing apps through the Android Market. Nevermind that the Android Market could use a nice overhaul, it’s still better than nothing.

I hope Augen and Google get everything ironed out at some point, as it would be nice to have the Market on this tablet. For the most part, your Google services can be accessed through the Google Mobile site, but there’s nothing like a native application for something you’ll likely use pretty often.

We've heard about the BlackBerry tablet supposedly coming to market in November as the BlackPad, and now we have a...