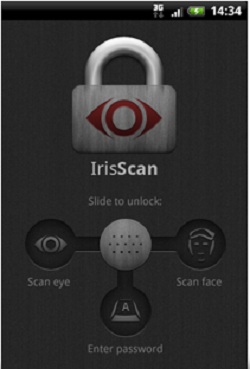 You’ll soon be able to secure your Android phone with biometric security, as Blue Planet Apps is preparing a BioLock app which will include facial recognition and iris scanning.

The BioLock Android app will reportedly enable facial-recognition to unlock your device. This could be especially useful if you have sensitive information on the device. This will obviously use the phone’s camera but it could be a bit awkward unless you have an Android phone with a front-facing camera like the HTC EVO 4G on Sprint.

The app’s author said this will be good enough to determine whether someone is holding up a picture of your face to the Android handset. It should also be able to take into account things like beards and mustaches, so you won’t have to shave before unlocking your phone.

This isn’t the first facial-recognition app we’ve seen for the little green robot, as Recognizr is using similar technology for augmented-reality features. We’ve yet to put either app through the paces though and it will be interesting to see how these react to real-world testing.

That’s all well and good, but what happens when your phone gets swiped? According to Android Police:

To handle this case, BioLock allows you to protect specific apps, contacts, or data using the same methods we just discussed. If you’re a security nut or simply have a lot of important personal data stored on your phone, BioLock may be the perfect solution.

The BioLock app is expected to hit private beta in the next few weeks and it should hit wide release shortly after. The target price so far for the BioLock Android app is $2.99 but that could change.

What do you think readers? Is a biometric security Android app something that interests you? It would be fun to take it for a spin but it could be a pain to scan your face every time you want to unlock your phone.

The wait is almost over, fellow Android users who also happen to be TweetDeck fans. The TweetDeck Twitter client should...