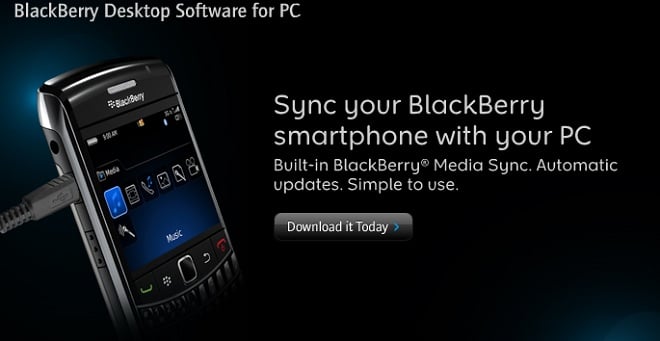 Right in time for the BlackBerry Torch, Research In Motion has released its BlackBerry Desktop Software 6 for PC users.

As you know, the BlackBerry Desktop Software 6 enables users to sync their BlackBerry handset with their home computers to back up their content and transfer over more stuff. Using this software to back up your content also makes it simple to switch between RIM devices if you buy a new one or have to get a handset replaced. One of the cool new features of this latest version is a revamped user interface that should make it a more visually-pleasant experience.

The BlackBerry Desktop Software 6 will also come with the Media Sync software which enables users to transfer their multimedia content to the handset. This will even work with your unprotected iTunes playlists.

Like with iTunes, you’ll be able to use the Desktop Software 6 to manage your applications that you acquired from the BlackBerry App World. Another cool feature will be the ability to sync your music over WiFi but you’ll need the latest version of the operating system in order to access this cool, convenient trick.

Another really useful feature that you’ll get with this desktop software is the ability to use software updates on your smartphone. The Torch will be the first device to hit with the BlackBerry 6 software and this new OS will provide a variety of new features to other RIM handsets.

The BlackBerry 6 software will be made available to other devices like the Bold 9700, Bold 9650, and Pearl 9100. This OS will likely come via an over-the-air update but I’m pretty sure you’ll be able to get it faster through the desktop software.

The BlackBerry Desktop Software is available for download now with the “via” link below, try it out and let us know what you think.

Wireless market penetration reaches 100% in the US

Chetan Sharma looked at state of the wireless industry in Q2 2010 and calculated that overall US subscription penetration has...