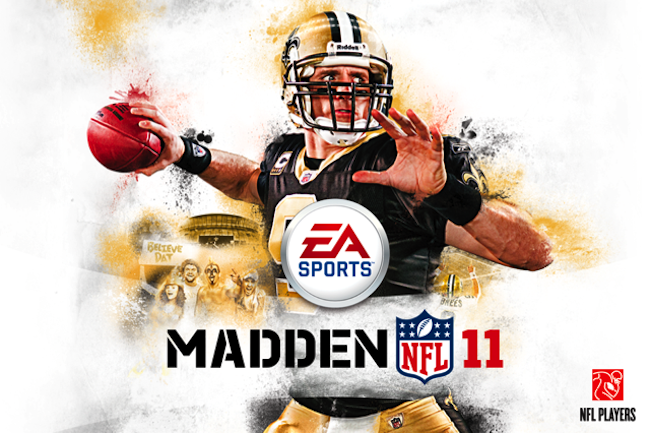 When it comes to footaball games, it’s undeniable that EA’s Madden NFL series is the best. Madden NFL has always bridged authenticity with fun and engaging gameplay and that’s why so many sports game fans have always flocked to the Madden series. That’s also why we had to get a hands-on look at Madden NFL 11 for ourselves. 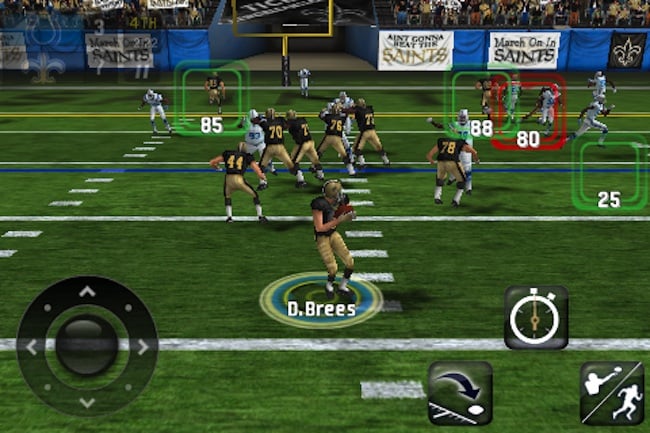 Madden NFL 11 allows you to play as one of 32 official NFL teams and features around 2,000 real players. One of the first things you’ll notice on either platform is how amazing the graphics are, especially on the iPhone 4’s Retina Display. The stadiums, players, and even the field have a high amount of detail. You can even choose to play a night game with 3 separate weather options: Clear, Rain, and Snow. It’s one of those games that when you play, you realize that the iPhone & iPad can deliver some very impressive visuals. Player animations are still a bit awkward looking at times, but hit detection is spot on.

One feature that’s been added to all Madden NFL 11 games has been GameFlow. What GameFlow does is it allows you to play the game without having your head stuck in a play book half the time. GameFlow takes a lot of things into consideration such as your current down, yards to complete, your team’s and opponent’s stats, and a number of other variables to pick a play the game believes would be ideal in the situation you’re in. 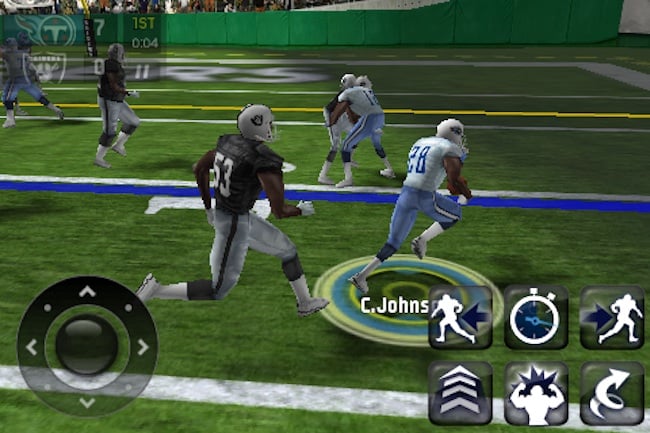 Before a play begins, you can instruct your players to move however you’d like, giving you complete control over the action. All you need to do is hit the “Hot Route” on-screen button and you’ll be given a over-the-head view of your players and their current route. Tap & drag a player to create your own route for him and let go when you like. I found this to be most helpful when I had GameFlow on, but I wanted to tweak the play a bit before it was executed.

Once the ball is snapped, you can slow down the pace of the game with the “stopwatch” button to activate Action Time Control and slow down game time in order to either view all of your receivers to make a perfect pass or make sure your run isn’t ruined by any pesky defenders down field.  On defense, there’s a TDC button (Total Defense Control) that completely stops time to allow you to position your defenders in ideal spots to hopefully stop the runner from advancing. Both the the stopwatch & TDC buttons can really be helpful since the action can be a bit fast paced on the iPhone, so slowing it down from time to time can help in navigating better without getting tackled every yard or so. 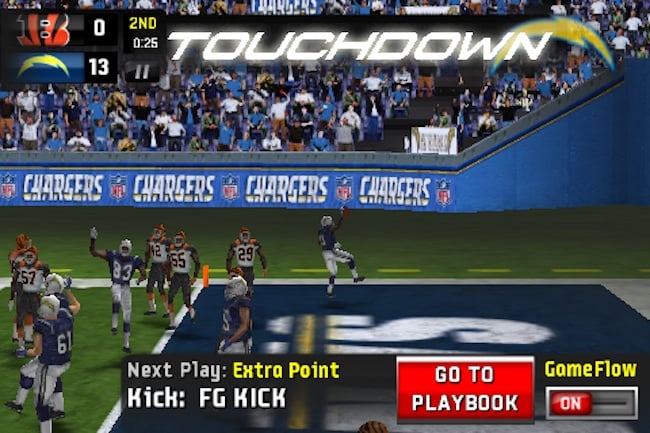 Madden NFL 11 contains four different play modes: Exhibition, Season, Playoffs, and Multiplayer via Bluetooth. Exhibition allows you to play a single game against the game’s AI, Season has you playing through a 16-game schedule, just like the pros do. Season mode also allows you to make trades and track stats. Playoffs mode takes you to last season’s historic playoffs to play up to the Super Bowl. Multiplayer takes you and a friend and pits you both against one another over Bluetooth. Since I’m the only one in my immediate circle who owns an iPhone, this particular mode was left untouched.

FINAL THOUGHT: If you currently own Madden 11 on console, and own an iPhone or iPad, I implore you not to overlook this game. It takes iPhone & iPad games in a totally new direction in terms of what’s possible graphically on both devices. If you’re a true Madden fan, you’ll want to pick it up to compliment the console version.