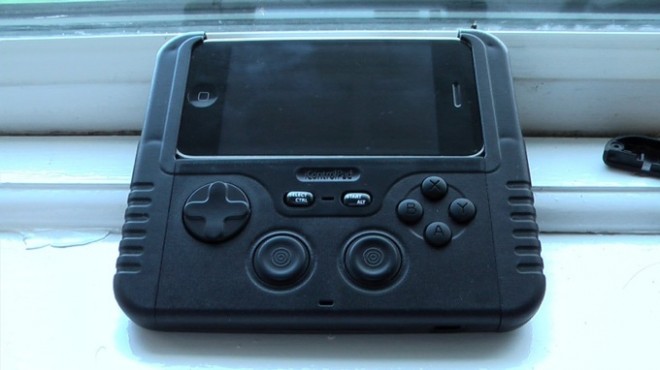 As advanced as some iPhone games have become, one thing that some people just can get used to is using the screen as a gaming controller. We’ve covered an accessory called the iControlPad in the past, and it now looks like the wait is almost over to purchase one for yourself.

The iControlPad will have a D-Pad, face buttons, and two analog sticks similar to how most recent video game console controllers have been constructed. The iControlPad will also allow users to hold the iPhone either way as the device leaves both sides open so you can connect the data connector that is connected to the iControlPad to the iPhone. The iControlPad is also being built to support other non-iPhone devices that have a similar form factor, primarily touch screen devices.

As of now, no actual release date for when the iControlPad will be available for purchase and shipping, nor has information regarding price been released, but Craig says the first 3,000 units will be sold soon. As soon as it does go on sale, we’ll be sure to let you know so you can have a chance to own one of the first 3,000 units. I predict that they’ll sell really fast.

iPhone Game Angry Birds Might Be Turned Into a Movie

If your commute to and from work has been a fuzz, it's probably because your head was buried in your...