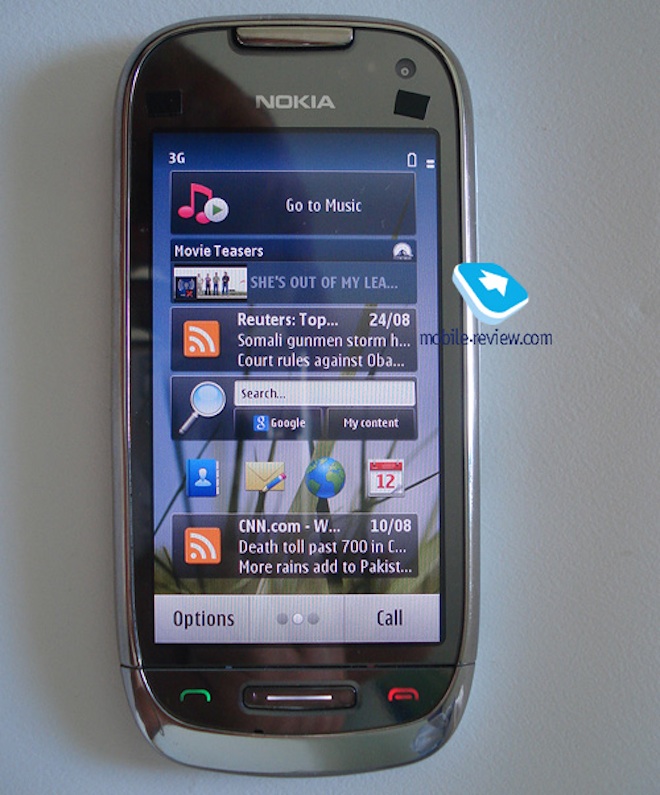 Eldar Murtazin, Editor in Chief of Mobile-Review, has struck again, gaining access to the C7, a device that is set to steal the title of “most leaked Nokia” away from the E71. With the C7 Nokia took the N8, chopped off the HDMI port, replaced the 12 megapixel camera with an 8 megapixel sensor, and … that’s really it. Set to launch in October or November for 350 EUR, a full 100 EUR cheaper than the N8, Eldar predicts that this model will sell much better than the more expensive Nseries brother.

I’ve still got to wonder however, why would anyone in this day and age buy a mobile phone that isn’t powered by the latest processors from ARM? Yes, I’m pulling out the flagship vs. midrange card again, but with a price tag that’s pushing the lower limits of what you can get that the market calls a “superphone”, do you really want to be stuck in the middle?

It’s hard to talk smack about a device that hasn’t hit the market yet, so it’s incredibly difficult for me to say whether you should wait for the Nokia N9 that we saw last week. Different operating system, different processor, different class of device, but there’s a high probability Nokia is going to sell it for between 500 EUR and 600 EUR. If you change your phone one a year then it’s worth the extra 150+ EUR to get something that you know will last you a long time.

With Symbian^3, even though we’re still waiting to see it in a shipping product, you’re getting the best of what was popular a generation or two ago. It pains me to see videos online showcasing Nokia Messaging or the built in browser, they’re so ancient compared to what I’ve been using since buying a Nexus One in February.

But hey, I’m just a talking head. You buy want you want, then leave a comment saying how Apple bribes me to say what I say, and finally go about your day feeling confident about your purchase because you spend all your free time in forums with Nokia fanbois who do nothing but preach to the choir.

[Many more photos on Mobile-Review]

After several European countries, Nokia has started the N8 pre-orders in China. The Finnish company has a somewhat different offer...