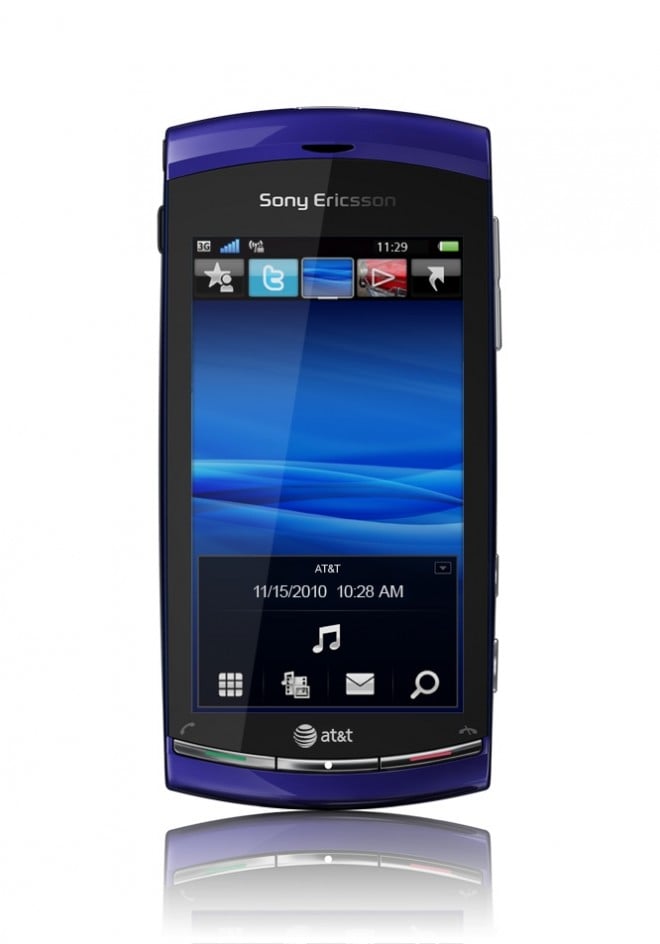 Following some early hints, the Sony Ericsson Vivaz has been announced for AT&T, and will be landing September 5 with a $79.99 pricetag on a two year contract. The star of the show is the Vivaz’s 8.1 megapixel camera, which captures some pretty impressive HD video.  Aside from that, the Vivaz has a 3.2″ 640 x 360 touchscreen, Wi-Fi, aGPS, 3G, and runs on Symbian 5th. Edition. Symbian might be a hard pill to swallow for some, but if your main priority is a nice camera, it’s not so bad.

The Vivaz has already been out in the UK for about 5 months, which would explain the lower price point on AT&T. There’s always the keyboard-clad Vivaz Pro, if AT&T felt like providing some options for those keen on messaging, but I’d wager they’re all full-up on mediocre smartphones from Sony Ericsson after launching the X10.

Hit up AT&T if you’re interested in getting a Sony Ericsson Vivaz next Sunday.

iPhone Game Angry Birds Might Be Turned Into a Movie

If your commute to and from work has been a fuzz, it's probably because your head was buried in your...