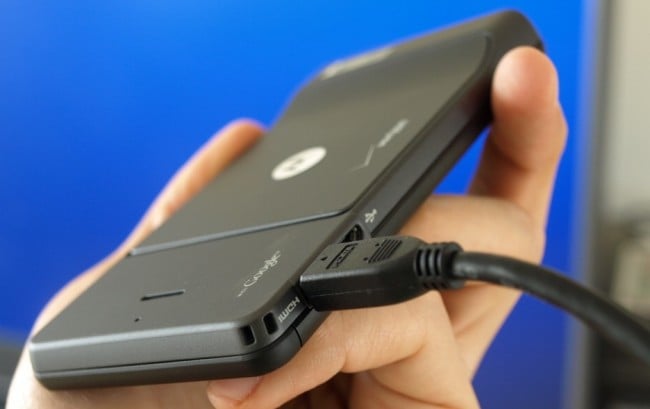 Disappointed that the HDMI output on the DROID X is limited to the gallery app only and can’t output streaming content from SlingPlayer to your HDTV? If you have $1.99 to spare, you may want to checkout Real HDMI, a new app from GmanApps that will free you from this troubling restriction.

For the cost of a large cup of coffee, this app will enable you to use your favorite video player like Slingbox to play your media content on your HDTV via the DROID X’s HDMI port. The initial reviews on the app are quite favorable with most folks happy with the app’s performance. The only hiccup cited occurs with Froyo which reportedly causes the app to force close intermittently. You can’t blame the developer for this one as the DROID X is still officially on Android 2.1. Anyone running 2.2 has obtained it from a non-official source.

The HDMI output is one of the features that sets this handset apart and places it in the category of multimedia powerhouse. Joined by the EVO 4G, the DROID X is one of a few Android handsets that support HDMI out via a dedicated microHDMI port. If you have not experienced HDMI out yourself, then you should check out our hands-on video in which we snag one of these fancy schmancy microHDMI cables and show off the DROID X’s HDMI out feature. It’s worth a look and lets you see what you are missing.