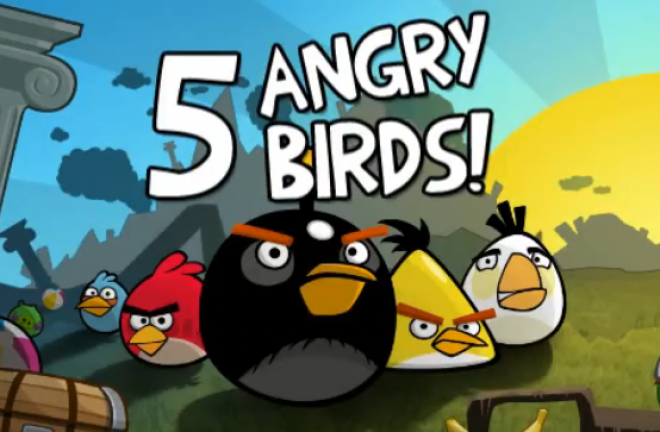 The hit iPhone game Angry Birds is said to be hitting beta status for the Android operating systemthis Friday. This game alone will likely take the top spot in the Android Market in no time.

Gaming options on Android is greatly lacking and even that is an understatement. Sure, Bonsai Blast, Devilry Huntress, and Alchemy are all very good games and very addictive, but there’s just not much to choose from when it comes to compelling games. That may change in the future, with Google practically buying developers off to make games for the OS, but, for the most part, devs haven’t started to look at Google’s mobile platform more seriously. Angry Birds should just as big of a hit on Android than it has been on iOS devices and it could show how many gamers use that little, green robot.

Angry Birds is certainly addictive, and having never played before today, I can’t wait to get this on my phone. My dusty iPod Touch finally was given a use today and it has never been handled so much. After beating the lite version of Angry Birds, I immediately bought the full app, my second app I’ve actually purchased from an iOS device.

I can only imagine how fun this game is to play on an iPad, and will look forward to see it on my future Android tablet purchase, whatever it may be.

Currently, there is a website that you can sign up to be one of the first ones to get your hands on the beta build of Angry Birds for the Android OS. Judging by an e-mail that was sent to Droid-Life, the beta will be given to quite a few people.

Hi Jeremy,
We are going to send out a massive beta test to everyone that signed up to android.angrybirds.com at the end of the week.
Cheers, Matt

Massive beta? Sounds good to us! So if you want to be one of the few many who get their hands on Angry Birds before it hits the Market, hit up the link below to sign up!

Verizon is stepping up its game on the prepaid front by offering some killer smartphones for this no-contract service. No...