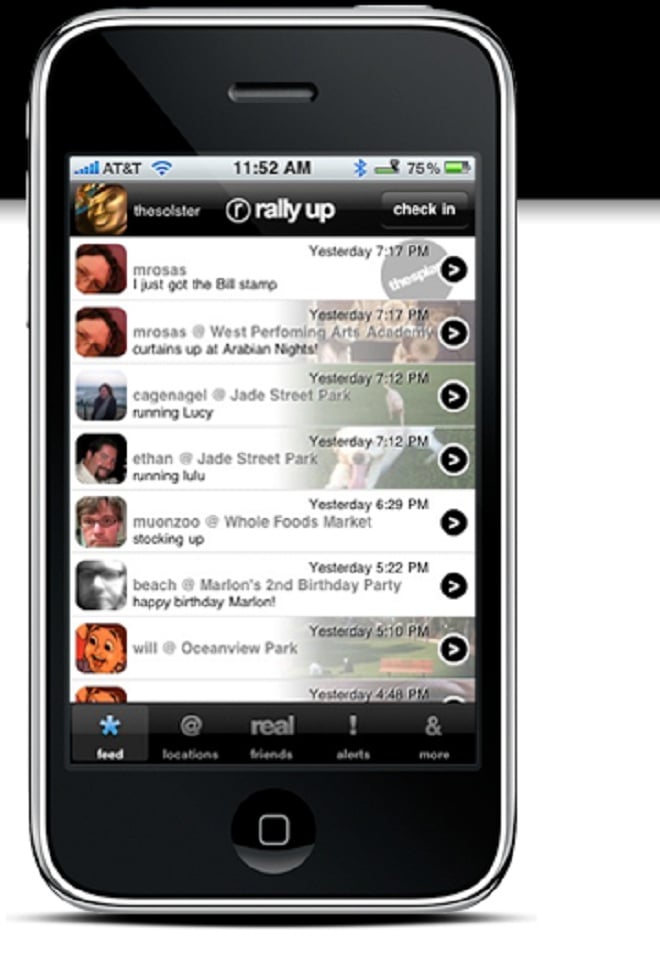 Like fellow portal Yahoo, AOL is trying to adapt to a new reality where mobile is only going to become increasingly important. The company has just purchased the mobile app firm Rally Up to help usher in its new mobile strategy.

Rally Up specializes in mobile apps and it’s probably best known for its Rally Up social networking app. Like Foursquare, this uses location-based services but it wants to stand out by focusing on connecting you to your real friends like your family and close acquaintances.

AOL will probably keep the Rally Up app going but the importance is that the mobile company’s team will take a large role in helping AOL transition to a mobile-first strategy. This means that the company will have its desktop offerings come to the phones but it will also launch products first for smartphones and feature phones.

“Within the last year, the Rally Up team has demonstrated its keen understanding of the way that people want to use their mobile devices to interact, share and better communicate and of the tools necessary to address those needs,” said AOL’s David Temkin, in a prepared statement. “We are thrilled to have such a talented group of mobile innovators join AOL, especially given the rapid evolution of this space.”

AOL has recently brought some of its products to the Android platform and it finally introduced mobile-optimized websites. Let’s hope this trend continues because the mobile web is becoming just as important as the desktop one.

In fact, AOL rival Google believes that the proliferation of smartphones will make desktops “irrelevant” in as few as three years. We’ve seen Google’s adjustment for this, as this was one of the main reasons it introduced the Android operating system and a variety of mobile-friendly websites.

Yahoo has also made mobile and important part of its strategy moving forward, as it restructured its standalone mobile team and instead has mobile in mind from the beginning of new products.

We were pretty sure what to expect from the upcoming T-Mobile G2 at this point. From a leaked ROM revealing ...