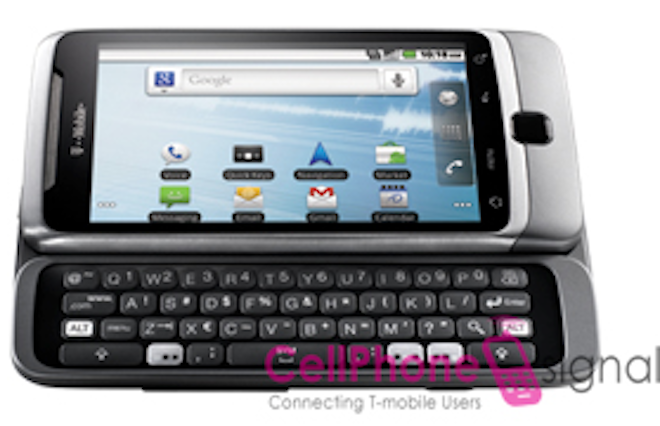 We were pretty sure what to expect from the upcoming T-Mobile G2 at this point. From a leaked ROM revealing  a new Qualcomm CPU, to a handful of pictures that have leaked into the wild, we though we had this thing covered from end to end.

That may not be true, as we don’t have any official pricing or specifications, but how about some official pictures of the device to hold you over for now?

We assume these are just assumed specs, and not official, as the above pictures show absolutely no shred of HTC Sense on board. There’s a possibility that the G2 will ship with an AMOLED display, but we would imagine that HTC would have moved on to SLCD displays by now.

As for the Snapdragon name, we’re not completely sure that the MSM7X30 CPU found in the G2 is in the Snapdragon family, although it is very similar. Our guess is that the specs above, are, well, guesses. What we want to know is if this bad boy sports an HDMI port and other goodies that other Android phones are coming with these days.

So while we’re waiting for some solid specs on the device, have fun drooling at the pictures.