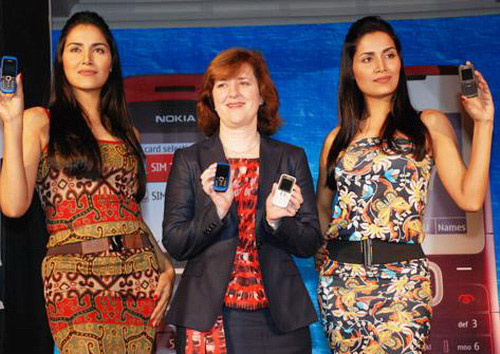 Nokia is launching its first phones with dual SIM capability, C1-00 and C2, in India. The news doesn’t come as a surprise as both devices are low-end and should sell like hot cupcakes in the ever growing mobile phone market of the world’s second most populous country.

The first of the two, Nokia C1-01 will retail for 1,999 INR, which is about $42. Although it rocks two SIM card slots, only one of them will work at a time. However, switching between networks is as easy as holding down a key.

No words on when (or whether) these two will ever hit the western hemisphere. I know many people who dislike smartphones but would appreciate the dual SIM capability…

Nokia's E72, the successor to the much loved E71, just got a firmware upgrade and with it brings compatibility with...