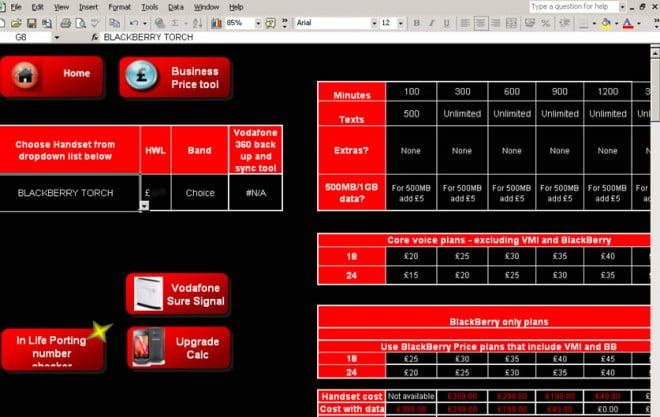 We’ve got dates and prices for the BlackBerry Torch 9800 across all major carriers in Canada, and it’s already in the U.S., but we haven’t heard from Vodafone UK since their initial announcement. Luckily, some pricing details have leaked out for those interested in RIM’s latest and greatest. Data plans range from £20 to £40, with device costs ranging from free to £399, depending on what voice and plans you get.

For the uninitiated, the BlackBerry Torch 9800 is RIM’s first slider smartphone, running a new operating system with revamped user interface and universal search. The specs are nothing spectacular, but nothing to sneeze at: 624 MHz processor, 512 MB of RAM, Wi-Fi b/g/n, HSPA 3G, and GPS. Take a look at our full review of the BlackBerry Torch 9800, including pictures, screenshots, and video if you’re thinking of picking one up on Vodafone mid-September.

If you're in Canada and itching at the hip to get your hands on a BlackBerry Torch 9800... The wait...