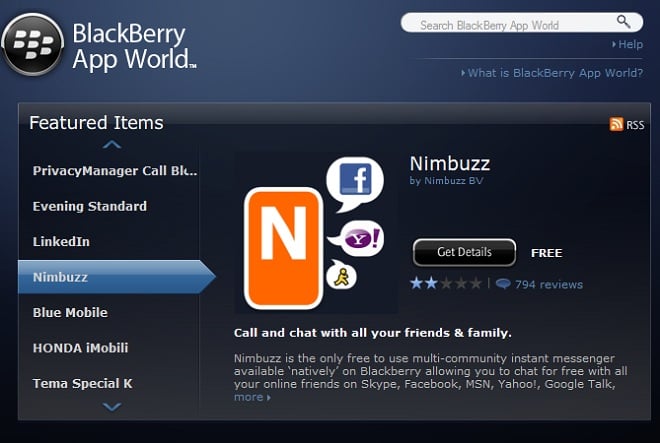 When we talk about app stores, the conversation is normally dominated by Apple and Google but Research In Motion wants to be a part of this discussion and its BlackBerry App World has now surpassed 10,000 mobile programs.

“BlackBerry #AppWorld is 10,000 apps strong and growing – what apps do you love?” the company said on its Twitter account.

This is a relatively small number when you compare it to Apple and Google, though, as the App Store for the iPhone has more than 250,000 programs and the Google Android Market is at about 100,000 apps. The BlackBerry is at somewhat of a disadvantage though, as a large portion of its base are enterprise users who aren’t even allowed to download App World programs.

RIM is going to have to bolster its consumer-facing app selection though, as it is increasingly targeting mainstream users and smartphone buyers expect to be able to augment their devices with apps. The RIM BlackBerry already has some of the bases covered because it has apps for Facebook, Twitter and YouTube but it needs to do more to attract developers.

RIM recently launched the App World 2.0 and it featured developer-friendly features like carrier billing and compatibility with 2D QR codes. I’ve still heard from many developers who say that creating mobile programs for the BlackBerry is a painful experience, so let’s hope RIM can quiet some of these complaints.

Last week, there was a pretty solid rumour that Research In Motion had acquired a developer partner called DataViz, who...