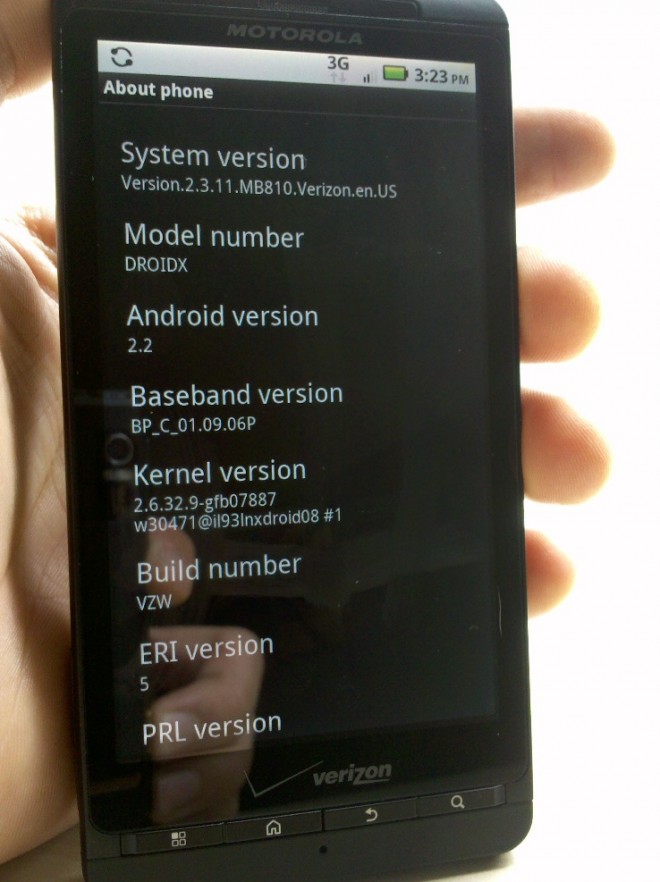 Droid-Life posted an interesting article over the long weekend regarding the ‘Froyo’ status of the Motorola Droid X. From the rumors below, the Droid X could very well be receiving the Android 2.2 update as we speak, or it may have actually been delayed all together.

Two polar opposite rumors hit DL’s inbox, and they tell the tale of two different times for this one update.  The first rumor says that the Droid X Froyo update has been rolling out since late last month, August 27th to be exact. Sound familiar? If it does, it’s because the Droid Incredible Froyo update began rolling out on that date, not the Droid X. If it was true that, in fact, the DX’s Froyo rollout began that day, why would Verizon confirm only the Droid Incredible?

Oddly enough, some guys over at Droid-Life called up Verizon’s customer service to get some sort of confirmation, and two were told by the representatives that the update was for the DX, and not the Incredible. We’re not terrible sure how to put this nicely, but Verizon customer service reps, apparently don’t have their sh*t together, because they’re obviously wrong. To be fair, customer service reps, as well as those who actually sell phones in store are usually the last to know anything. Having worked at T-Mobile, I can confirm that this is the case with T-Mobile.

Then there’s the other rumor, and it spins a sadder tale. Three different, unrelated tipsters are apparently saying that the DX Froyo update has been delayed for possibly two to three weeks due to Exchange issues. While immediately believing a tipster may not be something we do everyday, we at least know not to believe Verizon CS, and three different tipsters saying the same thing sounds pretty believable. Anyway, we’ve yet to hear any Droid X officially receiving a OTA that gives them the magical powers that is Froyo.

So what’s to be believed? I think we’re gonna stick with the latter rumor, as we’ve yet to see anything that contradicts it. Other than the less believable, first rumor.

Do you have a Droid X, and if so, have you received Froyo yet? We’d love to be wrong.