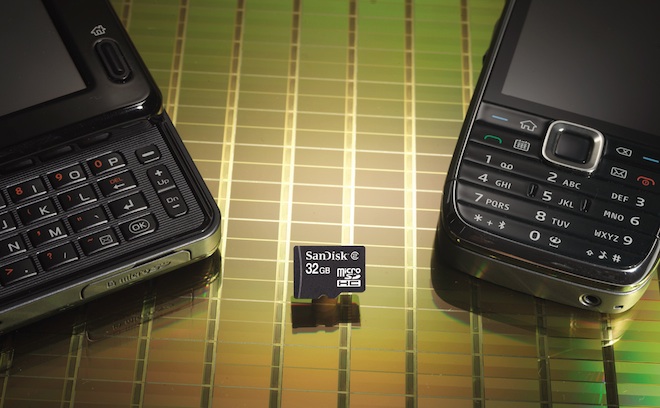 SD cards are ubiquitous and many of you have them inside your mobile phone to either carry your entire music collection on the go, record HD video, or to snap thousands upon thousands of photos, but don’t you sometimes wish that they were just a teeny bit faster? With the upcoming SD 4.0 specification [PDF], due to be completed in early 2011, a new dual row pin design will enable speeds of up to 300 Mbps on that fingernail sized piece of plastic that you so easily lose when taking out of your device.

Today’s microSD cards top out at 32 GB in size and transfer speeds are limited to 1 Mbps or less depending on whether you connect your phone to your PC or actually remove your card and use a dedicated reader. In the future microSD cards will be able to hold terabytes of space and transfer a 700 MB DVD-Rip in about 2 seconds. With devices soon being powered by processors such as the recently announced Samsung Orion, which has the ability to output 1080p video and supports 3x screens, making sure you can fit your entire collection of Rocky, Back to the Future, Lord of the Rings, Twilight, Jaws and Star Wars films in 1080p format on your memory card is going to be a goal geeks around the world will wish to accomplish.

Never mind that everything is moving towards being streamed over the air and that having insane amounts of local storage is proving to be quite a useless product differentiator, there are places around the world where that ability to grab everything off the internet on demand proves costly. At the rate storage capacities are growing, our children will be able to buy something off the shelves of their local electronics store that can fit every single song, film and high resolution scanned painting man has ever created.

What then will marketers choose to advertise? If it’s 3D then kill me now.

I guess you can no longer say that Twitter is worthless, as the micro-blogging service was ingeniously used by a...