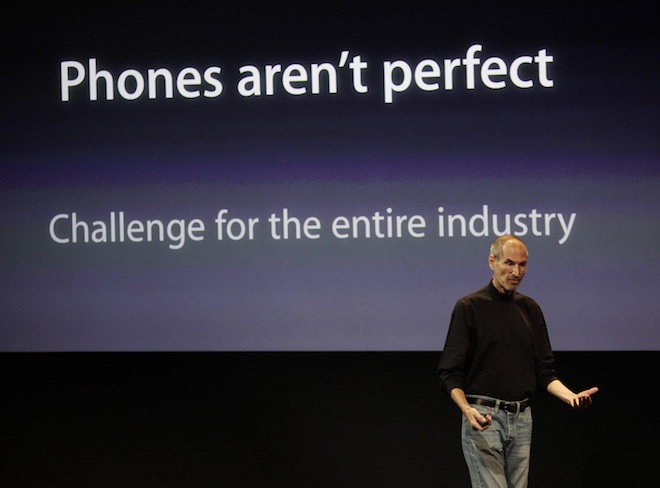 Filed under “oh look, another bloody Apple rumor”, we’re hearing that Apple may be buying their baseband for the next generation iPhone from Qualcomm. The baseband is the part of a mobile phone that talks to mobile networks; think of it as a modem. Qualcomm has historically been the number one provider of baseband chipsets for CDMA devices, otherwise known as the mobile phones that work on Verizon’s network and a few other places around the world such as South Korea where CDMA is popular. Some are speculating that this could mean a Verizon iPhone is about to be launched, but I’ve got my own theory.

I’m thinking Apple is looking to use one of Qualcomm’s more advanced baseband models that can do not only 7.2 Mbps HSPA, like the current iPhone 4, but also HSPA+, LTE and even EV-DO. Apple could potentially be gearing up to launch a world phone. It’s a stretch, and I don’t even believe it myself, but you never know what’s likely to happen. Apple currently designs their own mobile chips thanks to their purchase of P.A. Semi. They use stock processor designs from ARM and then Samsung stamps out the processors at their factories. It’s been well documented that Apple has a history of using Infineon for the baseband, which very recently was purchased by Intel. When Fox News interviewed the CEO of Intel, Paul Otellini, one of the questions asked was what did Steve Jobs think of the deal, to which Paul replied Steve was very happy.

If that’s the case then why shop around for another vendor? I’m not buying this rumor, but then again I also have a disastrous history of predicting future Apple announcements. One thing is for sure, the next iPhone, most likely called the iPhone 5, is due to get a huge processor upgrade. I wouldn’t be surprised for it to feature a dual core A4 chip.

I had some time over the long weekend to swing by the Bell store and compare the Super LCD screen...