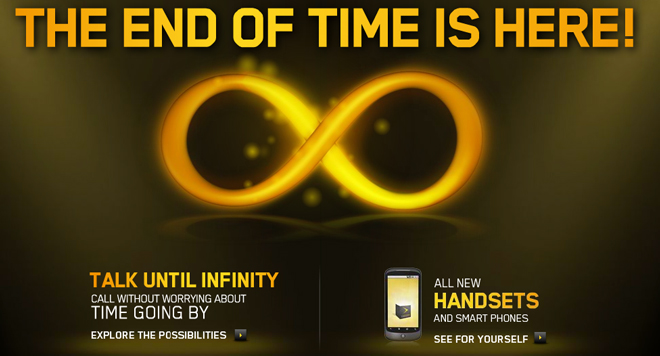 I guess Rogers, Bell, Telus, Fido, Koodo, Virgin Mobile, Wind Mobile, Mobilicity, and Public Mobile just weren’t enough to cover Canada, because Quebecor’s Videotron has just launched their wireless network in our French-speaking province, running on the same AWS bands as Wind Mobile and T-Mobile south of the border. The home networks currently cover Quebec City and Montreal, with roaming deals in place for much of Canada.

The launch lineup of handsets is heavy on smartphones, including the Motorola XT720 that we thought was coming soon to Wind Mobile, the Garmin A50 which didn’t do so well in the U.S., the Google Nexus One, subsidized for the first time on a Canadian carrier, the BlackBerry Bold 9700, Pearl 9100, Nokia 5230, Huawei U7519, U3200, and Samsung Gravity 2. The full catalog and prices can be found over here.

As for plans, Videotron offers unlimited calling and texting within Quebec for $65.50 per month. The cheapest plans start at $19.95 /month for 100 minutes, but that’s only if you’re also signed up for Videotron cable, internet, and ladnline services too. A nice middle-range plan is the Infinite Urban Zone, which gives you 125 texts, 50 MB of data, call display, and unlimited local calls for $42.50/month. As an added incentive to sign up friends and family, all plans allow unlimited calling to other Videotron customers. For a closer look at all of your options, take a look at Videotron’s plans.

My initial impression is that Videotron will be very traditional, like Rogers, Bell, and Telus, with three-year contracts and generally confusing plans, with the added regional restrictions that the other smaller players, like Wind Mobile, Mobilicity and Public are subject to as creators of new networks. The thing is, at least those other guys offer a bit more flexibility with no-contract pricing. Videotron is clearly pushing their other services hard through significant monthly discounts if you’re using their TV, landline phone, or broadband internet – great news if you already happen to be a customer.  Data rates are decent, at least for Canada; the 500 MB add-on is only $15, which is the same as Telus, but more than the $25 you would pay at Rogers, or $50 on Bell that includes 100 local and 100 bonus minutes on top of the data. The device selection is going to be a big pull, even for those of us just across the Quebec border who are will to roam. Videotron is the only place in Canada you can pick up the Nexus One subsidized, and the first one to offer the rather impressive Motorola XT720. There’s even word that they’ll pick up an AWS-enabled iPhone at some point.

Wind Mobile won’t be entering Quebec any time soon, and Mobilicity seems content to stick with Ontario and out west for the time being, but Public Mobile has already started their network in Montreal. It’ll be hard to fight against Videotron, who is already well-entrenched, nevermind launching with a star-studded smartphone lineup.

How the new CEO can help Nokia get its groove back

It wasn't much of a surprise but Nokia finally axed Olli-Pekka Kallasvuo in favor of a former Microsoft executive, Stephen...