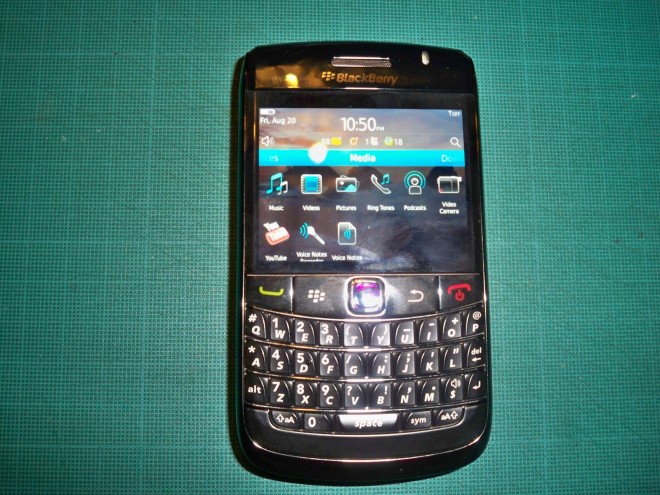 We had been expecting Rogers to release the updated BlackBerry Bold in November, but it looks like earlier rumours of an October launch may be right after all. Tipsters are saying Telus has posted end of life for the 9700 predecessor, and claim the 9780 will be available October 21. Unfortunately, there aren’t any documents to back that up, so pencil your calendars lightly.

The BlackBerry Bold 9780 improves upon the 9700 with 512 MB of app memory, a 5 megapixel camera, and OS 6, which boasts an updated user interface, WebKit browser, and universal search. Most of the other stuff, like HVGA display, Wi-Fi, GPS, 3G, and 624 MHz processor are all the same – the housing even looks pretty much identical. Although it’s only an incremental upgrade, the 9780 should be a great option for those who aren’t sold on the BlackBerry Torch 9800‘s form factor, and just want the latest, traditional-feeling BlackBerry out there.

UPDATE: The Cellular Guru managed to get his hands on a Telus-branded 9780, if you wanted some solid proof the thing existed.

Not to be out-done by Verizon, Sprint has announced that they will be offering the BlackBerry Curve 3G 9330 in...