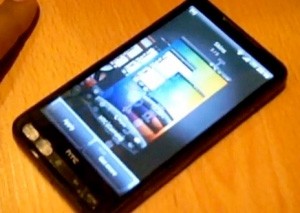 We’ve barely had time to recover from the HTC Desire HD unveiling in London and we’re already seeing the new Android superphone being benchmarked and its Android 2.2 Froyo ROM dumped online. Going on reported Quadrant benchmark scores, the DHD basically blows a Nexus One running Android 2.2 out of the water. And, in even better news for the Android development community, the Desire HD ROM has already been dumped online, allowing some developers to port it to the Windows Mobile-powered HTC HD2. It seems it’s only a matter of time before HD2 users can safely flash the DHD ROM, complete with Android 2.2 Froyo and the new HTC Sense UI.

So, what makes the new Desire HD so fast? Well, as we noted in our hands-on and initial impressions post, the DHD runs the next-generation Qualcomm Snapdragon 8255 silicon. Thanks to a larger cache and a new GPU that works in concert with the speed optimizations in Froyo, the DHD is faster than any other (non-overclocked) Android smartphone we’ve ever played with. The benchmarks confirm our own experience with the handset, which show the Desire HD making a Froyo N1 (which considered one of the fastest Android phones available) look like yesterday’s news – the DHD scored almost 2,000 on the Quadrant benchmark. Now that’s impressive.

And, for all you out there in smartphone-land using an HTC HD2 addled with Windows Mobile, you may not have to wait long to get a taste of Froyo and the new Sense UI on your handset. Seeing as how the DHD and the HD2 share many similar specs – like the 4.3-inch capacitive touchscreen – the HD2 is a perfect candidate for porting the DHD ROM. And, over at XDA-Developers, there are already rumblings of this ROM already up and running on an HD2. We’d love to show you the video of the port in action, but it has since gone private and is not viewable at the moment.

[Via: Engadget and XDA]