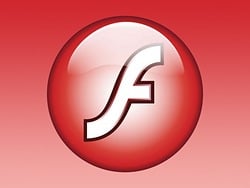 Forgive the headline, but I’m just going to come out and say it right now: Adobe Flash video has beaten out HTML5 in a smartphone demo. The test, which seems almost like it was conducted by Adobe (it was done by Chris Black, an ActionScript dev) and published on the Adobe blog, unsurprisingly shows Adobe Flash outperforming HTML5.

The following is what resulted from the test:

Surprised? Also, despite what has been casually thrown around on the web as gospel, it seems like Adobe Flash also ate up less battery life than HTML5. However, Adobe kept it classy and didn’t use this opportunity to trash HTML5 or to lambast Apple as Steve Jobs is prone to doing when it comes to Flash:

Now, does this mean that HTML5 sucks or shouldn’t be used? Of course not! As Chris points out in the comments, it may be possible to tune this Canvas implementation to run better on mobile.  He also points out ways that Flash could run better on mobile.  All these implementations are new, and I expect they’ll all improve, especially as developers figure out what techniques work best for each.

Competition is great.  For things that HTML5 does best, use it; same goes for Flash.  Focus on your viewers’ needs, and Adobe will step up with great tools no matter which technolog(ies) you choose.

Fair enough, but we’ve seen reports across the web showing Flash’s very clunky and undesirable performance on Android handsets. One little test is probably not going to negate those user experiences, but it’s probably nice for some to see that Flash is chugging right along and that the platform is constantly being optimized for mobile use.

If you own both an Android device and an iOS device, feel free to chime in and let us know how you feel about HTML5 versus Flash. Personally, I’ve found the HTML5 video experience on my iPad to be more than adequate.

Android Developer's Meetup, Love and Appiness 2, is coming to San Francisco on September 23rd. The 2-hour long meetup, from...