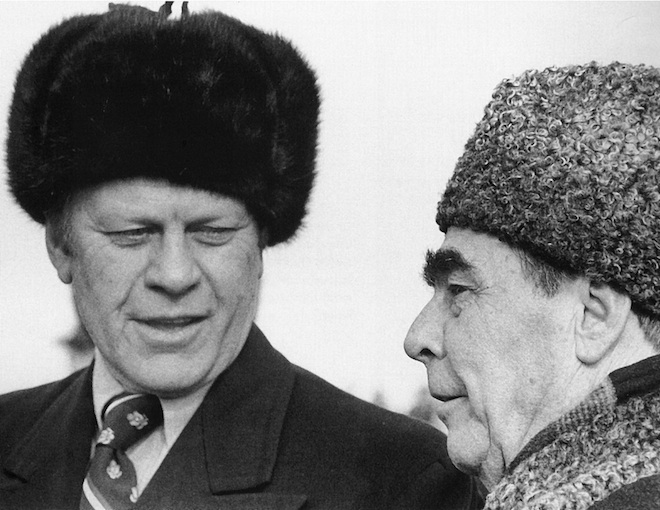 Last week Nokia held their annual Nokia World event, this time it was in London, and they announced 4 devices [E7, C7, C6, C3] then yelled a battle cry for all to listen, proclaiming that they’re still relevant and will come back to dominate the market. The same message has been delivered every year since what feels like forever and because of that this year’s Nokia World reminded me of the end of the Cold War, with Nokia finally succumbing to their death, similar to the USSR, because they, like the Russians, so closely held onto their belief that what they were doing was the right way to progress a nation, her people, and in this case a device portfolio.

It used to be that to become a superpower you had to achieve greatness somehow. Whether it be collecting the largest number of nuclear weapons, being the first one to go to space, to walk on the moon, to spread your political ideologies to other nations, you had to do something concrete to put points on the score board. What’s Nokia doing now? When they rose to fame in the 90s there wasn’t a huge marketing budget involved. They simply made awesome devices. Color screens when before there were none, invented SMS, shipped T9 by default, the first to 3G, the first to include GPS, 5 megapixel cameras while everyone was still making devices with 2 megapixels. Then something happened after the N95, and I don’t know if it was 1 thing or a certain set of events, but Nokia stopped being Nokia.

They’re no longer acting like a superpower either, they’re talking like a bunch of bumbling buffoons about how they ship the most devices, how their services are being picked up in emerging markets, how they’re still great even though they’ve all but lost control of the smartphone market. But Stefan, I can hear you saying, Nokia is still the leader with their Symbian platform. And yes, that’s right today, but it isn’t going to be in a few product cycles.

Why is it that every Nokia World the company gets on stage and has to remind people about how awesome they are, when in reality they really aren’t? Don’t get me wrong. What Nokia accomplishes is outstanding from a logistical point of view. I’ve often said that if they want to get serious about becoming a software company they should spin off the unit responsible for sourcing components and manufacturing devices and letting them become the next Foxconn. But today is different from a very short 3 years ago. That’s when the iPhone came out, and while I don’t own one, nor did I ever even have one, the impact Apple made on the industry is shocking.

Google only accelerated the decline of Nokia because they gave the internet generation what they wanted: tight integration with Google services in a device that fit into their pocket. They also didn’t have the legacy of dealing with creating devices. They adopted the Microsoft model of just making the software and letting an ecosystem develop around it. Unlike Microsoft however, Google is giving away their software for free and are going to fund themselves by using the money they make from their advertising business.

But back to Nokia. What happened? I’m not joking when I say that, what the hell happened? They’ve gone from being respected to being the butt of every joke about the industry. It doesn’t matter how much money they make, well it does, but I’ll get back to that later, why are people not treating Nokia like a credible player anymore?

When it comes to the low end, everyone has caught up. Samsung and LG can give the mainstream low wage earners what they want, and in emerging countries such as India and China there are even home grown brands serving the needs of their customers better than what some guy sitting in an office chair in Helsinki can think about building. In the high end … do I really need to say Apple and Google anymore? So where does that leave Nokia? Fighting a battle with everyone in the mid range of devices based solely on price point? Is that what a former superpower does? Compete not on innovation, but on turning down the price tag?

I watched Nokia World from afar since it wasn’t I, but my boss, who was invited, and I wasn’t going to fork out over 600 EUR just to watch people I don’t respect show me a PowerPoint slideshow and then go on a 60 minute break to play with prototypes that aren’t going to hit the market for another 3 months. No, it just wasn’t worth it. But what I saw on my screen at home simply left me speechless. Nokia was calling out competitors by name, insulting them directly, and boasting numbers in retaliation in order to gain respect.

Sadly though, today people really don’t care about the numbers. The market does, and Nokia’s stock price has gone from over $30 to a hair above $10 with dips below that on volatile days. Why is that? Doesn’t a company who can reliably ship over 100 million devices per quarter deserve to be valued at a higher price? No, not when that lead is being attacked by several companies, each tackling a different segment of Nokia’s portfolio.

I can’t reliably say where Nokia is going to be in 3 years. No one can. That isn’t hyperbole about their impending death, because that’s not going to happen so soon. It’s because the rein of Olli-Pekka Kallasvuo and his cronies is coming to an end. The replacement is a Canadian who worked for Macromedia and then Microsoft, Stephen Elop. There’s also a new guy in charge of Nokia’s last fighting chance at a comeback, the MeeGo operating system, and he’s Peter Skillman who worked at IDEO and then Palm where he created the beautiful, underrated, and underfunded webOS project.

Those two people, who will surely bring in additional talent and get rid of dead weight over the next few years, are the only thing keeping my confidence in Nokia not imploding by the end of this decade. If it was up to people in charge who’ve been spitting out the same marketing bullshit that they have been, year after year, and pounding their chests about how because they ship more mobile phones in China and India that they’re somehow the best phone manufacturer across multiple sets of criteria, including innovation in mobile, then they’d be fucked.

Pure fucked. If they are not already.

Update: Great article by Vikki Chowney on the shenanigans Nokia played at Nokia World because HTC had a press event the same day. Choice quote: “For Nokia to stamp its feet and retaliate instead of letting its products speak for themselves is incredibly shortsighted.”

Last week we broke news about Peter Skillman, one of the brains behind the gorgeous and functional interface of Palm's...