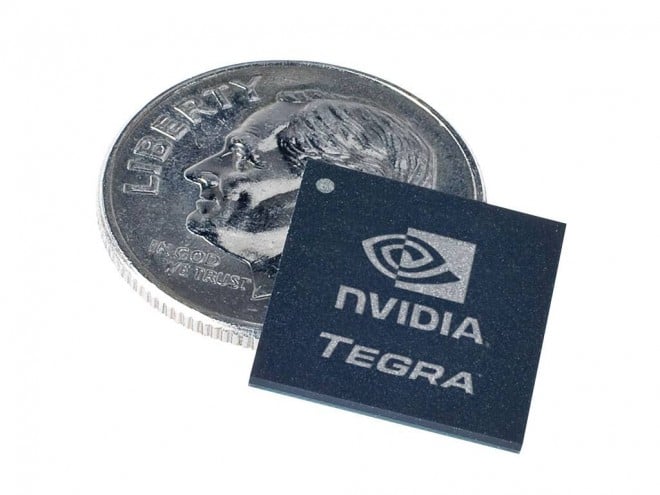 If you’re still jazzed up about the NVIDIA Tegra 2 chip, you need to stop living in the past because the company just said that Tegra 3 is almost complete, Tegra 4 development is underway and that it plans to pump out a new one every year.

That’s not super incredible news really, as you know that these companies always have to be thinking in advanced but it is kind of odd that this announcement comes as Tegra 2 has yet to make a splash despite all the potential it has.

Perhaps we’re being a bit too harsh, as Tegra 2 wasn’t announced that long ago and it can typically take up to 18 months for a new product cycle. We should start seeing some mass market products hit shelves by the end of the year with NVIDIA’s chips.

What are some of those products? Well, I’m glad you asked. LG Electronics will be using Tegra 2 chips to power its upcoming line of Optimus Android smartphones. The NVIDIA chips are supposed to offer some good performance, particularly with Android, so this could give LG the leg-up it needs to compete in the high-end space.

HTC is also reportedly mulling this chipset for an Android tablet. Not much is known about this project but we do know that it could have a 720p HD display which could make it a significant rival to the Apple iPad.

There was some concern that NVIDIA wasn’t on track with Tegra 2 and that this could be the cause of the delay of the much-anticipated Norton Ink Adam but that has been denied by the chip maker.

So, it’s good that NVIDIA is working on the future of this chipset because its competitors are bringing the heat. We recently sat down with Texas Instruments and that company will be introducing some cool stuff including multi-core processors for smartphones and tablets.

T-Mobile said it blocked a texting service because it didn't comply with regulations not because the content was associated with...