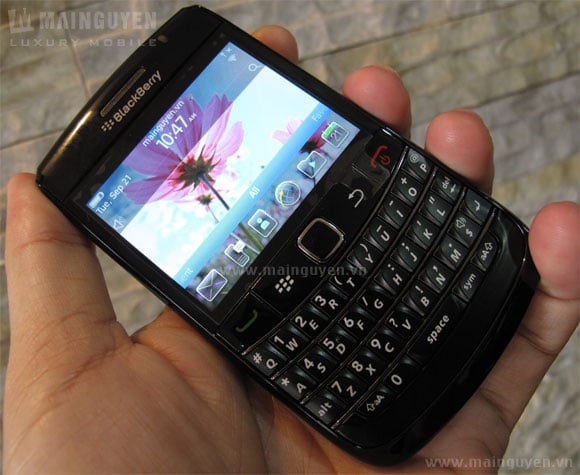 Is anyone else tired of seeing the refreshed BlackBerry Bold 9780 with OS 6 yet? Nope? Me neither. Some new pictures and video have surfaced from Vietnam showing the 9780 in action,  complete with 512 MB of RAM, 5 megapixel camera, OS 6 and the same ol’ 624 MHz processor and HVGA display. As we’ve come to expect, the outer hardware looks identical to the original 9700: same fretted keyboard, same trackpad, same rubbery side convenience keys, same top-mounted lock and mute keys.

This particular model is unbranded, and even the OS (bundle 564) boots up with little more than a generic BlackBerry logo. BlackBerry Maps doesn’t seem to work, likely because of the 9780’s unbranded nature and the app depends on service books from a carrier. OS 6 is mostly a visual upgrade, but includes a few fresh features, like universal search, a WebKit browser with tab support, a new social feeds app, and a few other odds and ends. Check out our walkthrough of the new features, and follow up with our Bold 9700 review, and you’ll have a good idea of what to expect.

Considering the sheer volume of leaks for the BlackBerry 9780 lately, I would be shocked if it was announced at the BlackBerry Developer Conference next week, especially since the source of this particular leak says that it will be going on sale in October. It wouldn’t be too crazy to assume the Style 9670 might go public too, but I wouldn’t place any bets on a tablet.