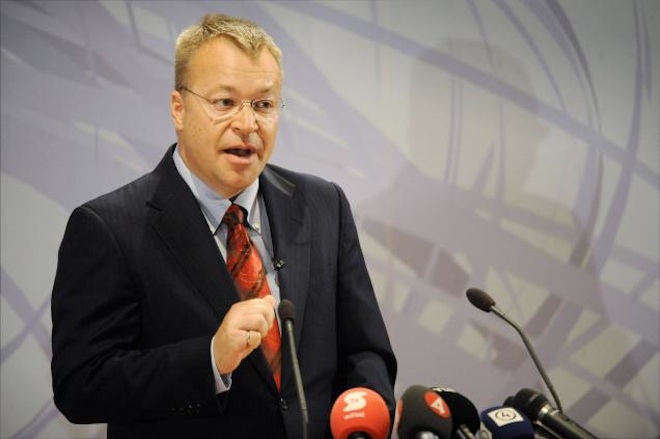 You’ve got to love the latest blog post from Nokia Conversations, Nokia’s official blog, that proudly boasts that the Nokia brand is one of the 10 most important brands in the world. That statement is true, and it should be applauded, but in 2009 Nokia was number 5. Today they’re number 8, and over the course of a single year managed to lose 15% of their brand value. The only other brand in the top 10 list that lost value was General Electric with a 10% loss. If you expand that range to include the top 20 brands, then the only other company that lost value was Toyota.

Something is up in Finland, and it’s why this week Stephen Elop [pictured above] starts his new job today as the first non-Finnish CEO of Nokia in over 140 years. A former Microsoft man, and before that Macromedia, he’ll be responsible for leading one of Europe’s biggest success stories from the difficult transition of a hardware vendor whose goal was to pump out the most boxes it can per quarter, to a software company who can build customer retention by making user experiences that people actually enjoy versus being frustrated using.

Peter Skillman, one of the guys who created the user interface of Palm’s webOS, and then jumped ship after the company was bought by HP, is joining Nokia as the Head of MeeGo User Experience and hopefully he’ll do something to earn the company some respect in the high end again. It’s going to be an uphill battle, and CNN says it best: “Nokia: No. 1 and fighting for life”

How long do you think it’ll take for the company to turn around? I’m going to say 4 years, with Samsung taking the title of leading handset manufacturer in the process. It’s a brutal prediction, but there was once a time, in the 80s and early 90s, when Nokia was still making televisions, cables, and computers, that they almost went out of business.

In the close to three years that have passed since Nokia purchased Trolltech and then slowly integrated Qt technology into...