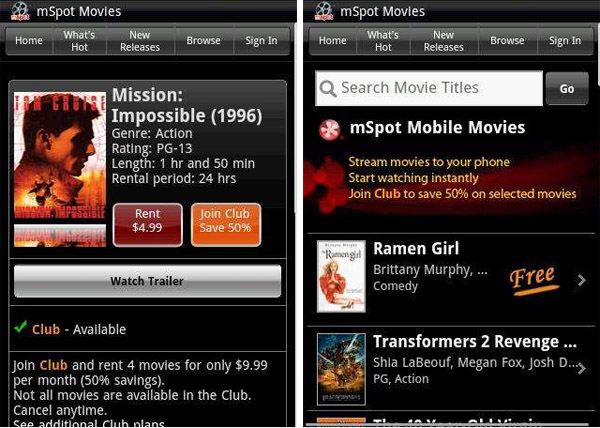 mSpot, the service that allows users to upload their own music and then stream it to their computers and mobile phones, announced its Android app has crossed the 500,000 downloads mark since the June 28 launch. Additionally, the application got few neat updates, including voice-activated playback via song/artist/album search for Android, ability to stream songs without actually storing them locally (for conserving space on SD cards) and support for USB sideloading music files directly from your computer to the phone.

And that’s not all. Actually that’s all when it comes to mSpot’s Android app. The other news is the change in the pricing model. The 2GB of storage remains free but there’s also a new plan, offering up to 40GB of storage for $3.99 a month. The new plan is now mSpot’s only premium offering, effectively replacing various other plans that topped out at 100GB for $13.99 a month.

Japan's SoftBank is investing $3.5 million in the developer of browser-based mobile games, MocoSpace, in a strategic round. So far,...