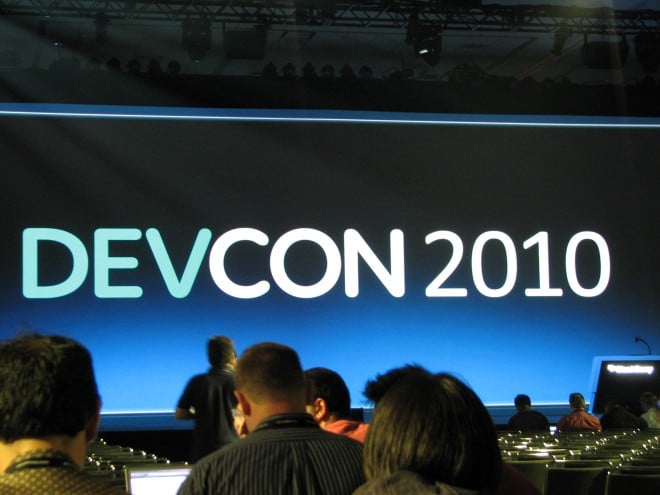 We’re here in San Francisco for RIM’s BlackBerry DevCon 2010 and waiting for the BlackBerry maker to kick off their opening keynote. Being a developer’s conference, we’re expecting to see some interesting new services and tools for developers. RIM is looking to take their App World applications store to the next level, and that means they’ll have to really focus on bringing value to BlackBerry developers. But, with a little luck, we’ll see RIM launching some cool hardware at this event. Apple does it at their WWDC developers’ conference, so it’s not unheard of to see new devices going live at these kinds of events.

Stay tuned for live blog coverage of RIM’s new BlackBerry developer and apps strategy, and maybe some BlackBerry Bold 9780 and the BlackBerry Style 9670 flip-phone. We’re not completely sure what’s going to happen, but it should be interesting. More below!

We first caught a glimpse of the BlackBerry Style 9670 back in April, a new form factor for RIM -...