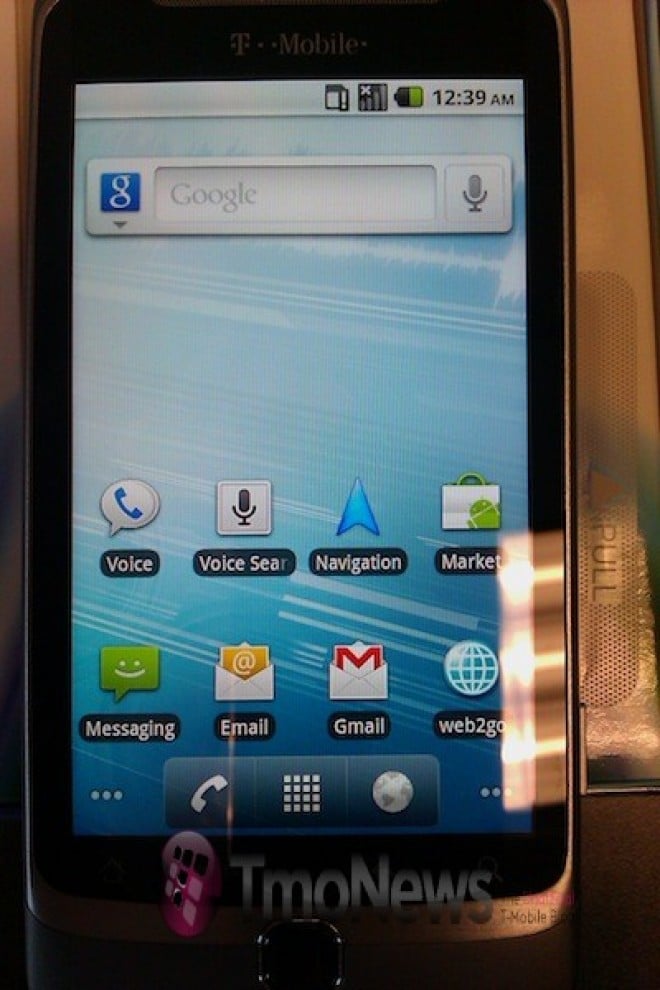 For those of you slightly perturbed that T-Mobile hasn’t even begun shipping your pre-ordered G2 yet, TMONews has grabbed a whole bunch pics of the soon-to-launch T-Mobile G2 and its retail box in the wild. This may calm your nerves while you impatiently await your G2’s arrival.

The device has made its way to some stores already, even if we still have over a week to see it officially hit store shelves. The box is rather colorful when you open it up, and we’re not really sure what T-Mobile is really going for. Nonetheless, this is the closest to an unboxing we’re probably going to get for the week, and we’re thankful for that. The G2 comes with your standard accessories that you’d expect, including a stereo headset, wall charger, and sync cable that doubles as the charging cable as well.

Also found in the wild were some T-Mobile G2 accessories like screen protectors and two protective covers. I prefer to have my phones naked, so I won’t be buying any accessories to cover the phone up, but it’s nice to see that they are popping up in stores now. The accessories won’t likely hit the sales floor until the device has launched, so try not to wet yourself just yet.

If you’ve never heard of the G2, first odd, welcome to the internet. The G2’s capabilities a pretty much in line with most smartphones today. It runs on the Qualcomm MS7230 CPU with a 800MHz clock speed, but don’t let that 800MHz fool you, as the G2 is just as fast as most smartphones on the market today. And what successor to the G1 wouldn’t have a full QWERTY keyboard in tow? You’ll be glad to know that the G2 had quite a spacious keyboard, although it lacks the dedicated number row found on the G1. The G2 is a solid successor to the G1, and is worth giving two more years of you life to T-Mobile. Basically, you could consider the G2 a Nexus One with a keyboard. With stock Android on board, you can expect snappy updates, and since it is pretty similar to the Nexus One, expect this thing to be rooted in no time.

There are a hand full of photos below, and it looks exactly like it did yesterday, and the day before that. We’re just glad to see that someone got to get their hands on the thing eight days before the phone launches.

I’m patiently awaiting for T-Mobile to update my order’s status from “Pending Shipping” to “Shipped”, and they sure are taking their sweet time. What I’d like to know is if users who paid for the faster shipping will somehow be reimbursed if their G2 arrives on launch day, which is a guarantee that Magenta gives you, no matter what shipping method you paid for.

If you’re still waiting for your order status to update itself, why not kill some time and head over to the UPS site, and track your packages (by reference) using your mobile phone number with the dashes. We’re not saying to expect a surprise, as you’ll receive an email when your G2 has shipped, but that little task may just take your mind off of the fact that the thing isn’t in your hands yet.

There’s plenty more pictures at TMONews, so be sure to hit up the source link to view them all!

Sprint continues to tease and taunt us New Yorkers with WiMax, its 4G network, but has yet to go live....