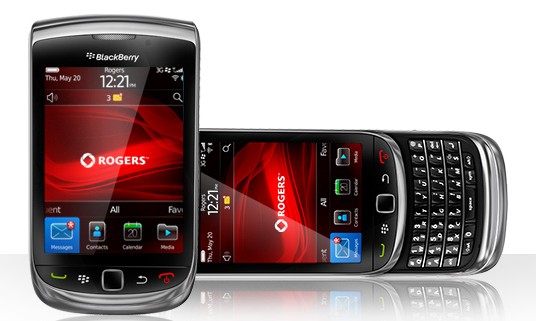 After a lot of shuffling with dates, the BlackBerry Torch 9800 is now available on Rogers for $199 on a three-year contract, with Telus and Bell not too far behind. It seems like the Torch is only in the online store, and that the brick-and-mortar locations will still get it on September 30 as planned.

The BlackBerry Torch is RIM’s top-of-the-line device, being their first slider, first with a 5 megapixel camera, and first to run their new version 6 operating system. Specs-wise, the Torch is good for a BlackBerry: 3.2″ HVGA capacitive touchscreen, 5 megapixel camera with autofocus and flash, 512 MB of app memory, 624 MHz processor, and a full QWERTY keyboard. OS 6 is pretty nice, what with the visual updates, universal search, and WebKit browser, but if you’ve recently bought a newer-model BlackBerry, odds are good that a software upgrade is in your future.

Hit up Rogers to get shopping, or take a looksee over our BlackBerry Torch 9800 review if you’re on the fence.