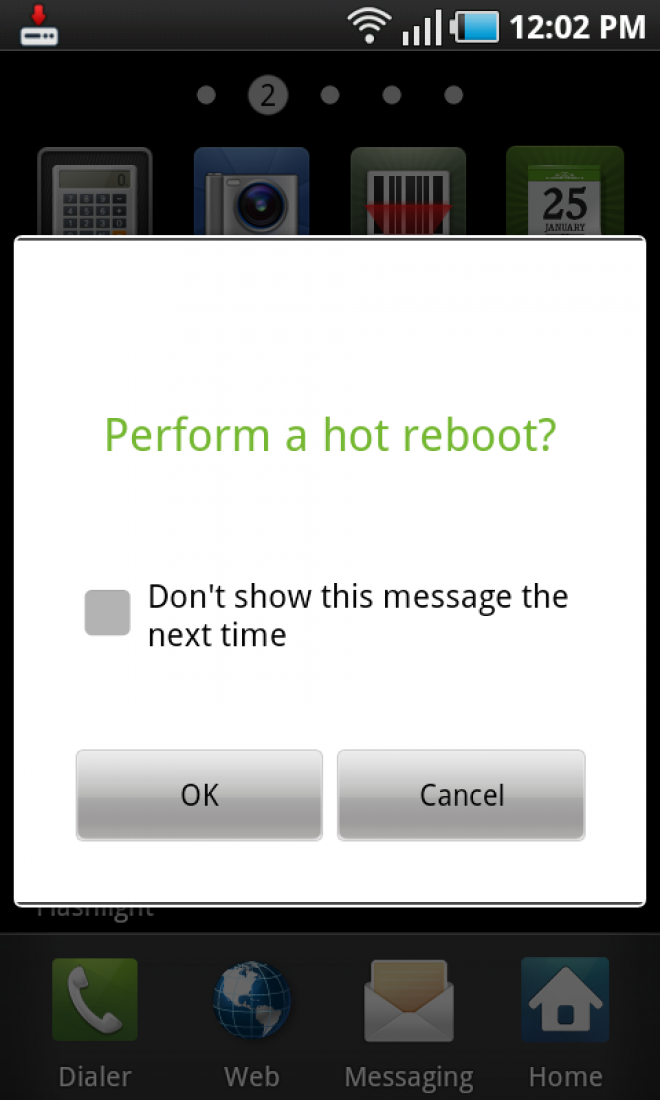 Faster Android boot times seem to be all the rage these days, and who can say that’s a bad thing? Once we caught a glimpse of how fast the HTC Desire Z can boot, it didn’t take long to hear that the fast boot-up times will be available in an upcoming version of CyanogenMod. Well, now there’s a stand-alone app for root users who don’t want to wait for the new CyanogenMod ROM and want fast boot today. It’s called Hot Reboot, and it can reboot your device in half the time.

While it’s not as quick as the Desire Z or the Droid Incredible with the Desire HD ROM, the app is still much faster than the regular boot you’re used to. Most full boots can take up to a minute, and sometimes longer, so cutting that time down is always a good thing. In the video below, the Droid X boots much faster with the app installed than the Motorola Droid 2 with out it.

According to the description of the application in the Android Market, the app restarts “only the Android graphical shell and not the device” which in turn cleans your memory. The app also claims that you’ll no longer need a task killer or task manager either. All you need is a Hot Reboot every once in a while.

I downloaded the application for my Samsung Vibrant, and it actually didn’t reboot at all. The screen just went black for a bit, but the soft buttons on the bottom of the device remained lit. But when I checked out my most recent applications by holding the home button down, there weren’t any, so Hot Reboot must have worked just fine. The app took about 29 seconds, where a full boot of the Vibrant usually takes over a minute.

While we know that a feature will make its way to CyanogenMod ROM in the future, it’s just that much easier to get with an application. All you need is to be rooted, and you’re golden. No custom ROMs need to be installed, and rooting is much easier than it was before.

PayPal app will soon let you deposit checks from phone

There is nothing that makes you feel like you're living in the future than using your smartphone to deposit a...