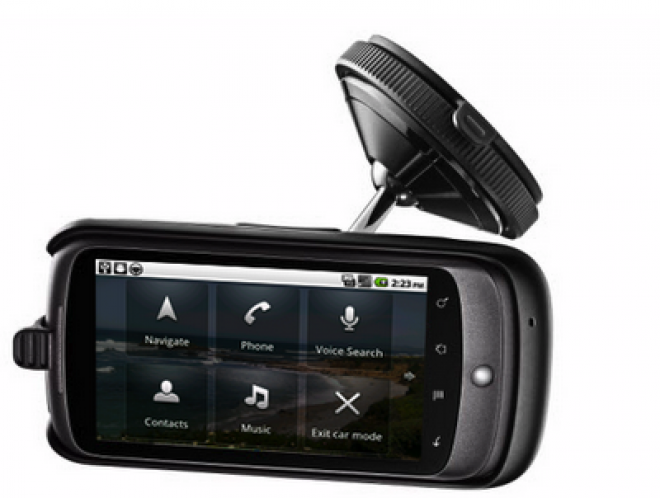 For those of you who haven’t been graced with the Car Home application that’s now pre-installed with many Android phones these days, you now finally have a chance to see what you’ve been missing out on. Car Home application is now available in the Android Market for free, of course.

The Car Home app gives a user easy access to relevant driving features when they’re on the road. GPS navigation, voice-activated commands, contacts, and more are just a click away with the Car Home app but that’s not really the story here.

The real story is that the app is now available in the Android Market for those using a Nexus One or Motorola Droid. Why these phones get first dibs is beyond me but these two devices already had access to it prior to the out-sourcing to the Market. Let’s hope we’ll see the Car Home update hit other devices soon.

These are simple updates, but it’s still a nice addition for an application that many people may use pretty often. Thankfully, I’m not a driver and have no need for the application but I can appreciate the small changes Google has allowed in the app.

Let’s hope Google doesn’t stop with Car Home, and more apps from the search giant will start hitting the Android Market in the near future.

If you’re sporting an Nexus One or Motorola Droid, how are you liking the update?

Microsoft is suing Motorola over alleged patent infringements on its Android phones like the Droid X. Microsoft said Motorola is...