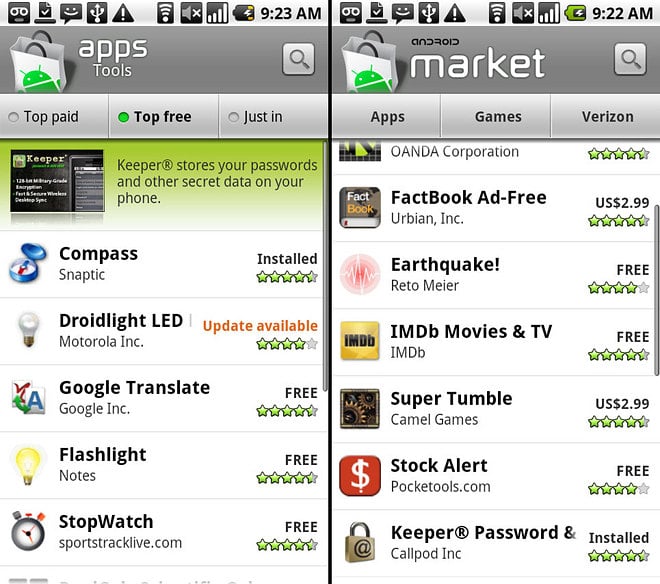 Android users in the U.S. have been rather spoiled now with access to the Android Market, not realizing that other parts of the world don’t have access just yet. Google says that it is continuing its global expansion of the Android Market so that others can get apps for their handsets.

Countries included are Brazil, India, Mexico, Russia, and Sweden. Once Google’s app store hits the additional countries, it will bring the total number of countries with access to the Android Market to 32.

But that’s not all, according to CNet:

Android Market users will likely also find more apps in the store, thanks to Google’s decision to allow developers in 20 more countries to sell paid apps in the marketplace, raising the figure to 29 nations altogether. The company said developers in Canada, Switzerland, and Taiwan are among those who can now sell apps.

Developers can start selling apps on the Android Market immediately. Customers looking to buy apps in the new countries can start doing so “over the next two weeks,” Google said.

Perhaps this is just what Google needs to start taking some of those numbers away from Apple in terms of number of apps downloaded. It’s also good news for developers who are looking to expand their business, or at least hoping to sell more apps.
[Via: Cnet]
Share on Twitter Share on Facebook ( 0 shares )

India said that it now has manual access to the BlackBerry messenger service and it wants more hooks into the...