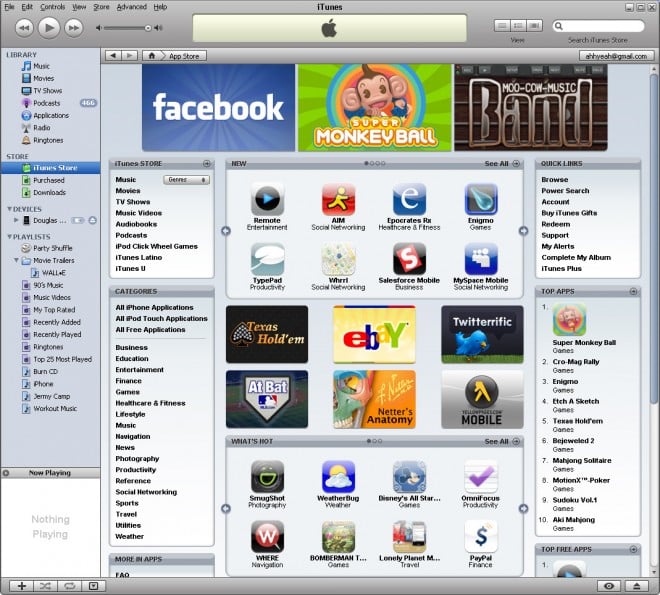 A new study suggests that your Apple iPhone apps may be a gigantic privacy hole, as your Unique Device IDs may be transmitted to a variety of third parties.

The report comes out of Bucknell University and it said that 68% of the apps it studied sent out UDID information to servers from advertisers or developers. This could be especially troubling with apps like Amazon or Facebook, which already have a wealth of information about your real-world location.

“In addition to application-specific browser cookies, applications downloaded from Apple’s App Store have access to the phone’s Unique Device ID (UDID),” the report said. “An advertiser or other entity who wants to track user behaviors and patterns online could not ask for a better identifier than one that is guaranteed by the hardware manufacturer to be unique to a single device. There is no ability to block the visibility of the iPhone’s UDID to any installed applications, nor is there a mechanism to prevent the transmission of the UDID to third parties in the current version of Apple’s IOS, the operating system used by the iPhone.”

The report also warns that it would be technically simple for advertisers to access this information and that Apple doesn’t provide an option for users to block their UDIDs.

It’s not just the Apple iPhone though, as Android apps can also transmit GPS data to advertisers without the end user being explicitly warned.

There’s always going to be some sort of trade off for convenience when it comes to mobile apps – that’s just the name of the game. But I do think that Apple, Google and others have a responsibility to make consumers aware of what type of data they’re transmitting, why this is happening and how you can turn it off if you choose so.