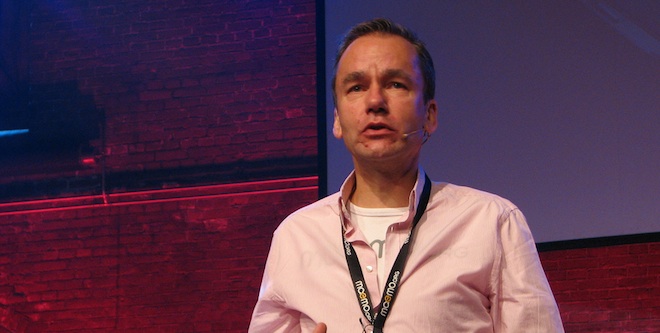 Ari Jaaksi, Head of MeeGo Devices, today became the third high level employee to announce that he’s leaving Nokia. The first was former CEO Olli-Pekka Kallasvuo, who was replaced by former Microsoft Executive Stephen Elop. The second was Anssi Vanjoki, who in his straight shooting style said the reason he’s leaving is because Nokia’s Board of Directors didn’t select him to be the next CEO. Now we have Ari, who oversaw the transition of Nokia’s Maemo operating system to the hodgepodge of open source software known as MeeGo. His boss was Alberto Torres, the man who fixed Nokia’s Vertu business and even held a stint at Apple and IBM.

How will Ari’s departure affect the shipment date of Nokia’s next MeeGo device? Probably not very much at all. The Finnish firm has a habit of designing projects well in advance and just marching forward until it’s complete, whether that project is good or bad; “stay the course” is the best way I can put it. How will it affect morale within the MeeGo team? They’re probably thrilled at their new boy Peter Skillman, the guy who helped put together Palm’s webOS, which failed to get any traction because the hardware was frankly a bit shoddy and the launch partners invested nickels and dimes into marketing the 3rd alternative to the iPhone/Android smartphone dual.

Will we see the next MeeGo device this year? Nokia promises that, but they also promised the N8 would ship in Q3. And it did. On the very last freaking day of the quarter. Can Nokia take some pictures of several Chinese employees loading crates onto an airplane and say on December 29th that the next generation of mobile computing is shipping to customers? Probably. Don’t expect anything until early February. If that.

The Nokia N8 hasn't even hit the masses yet and the N9 is already getting fondled and judged out in...