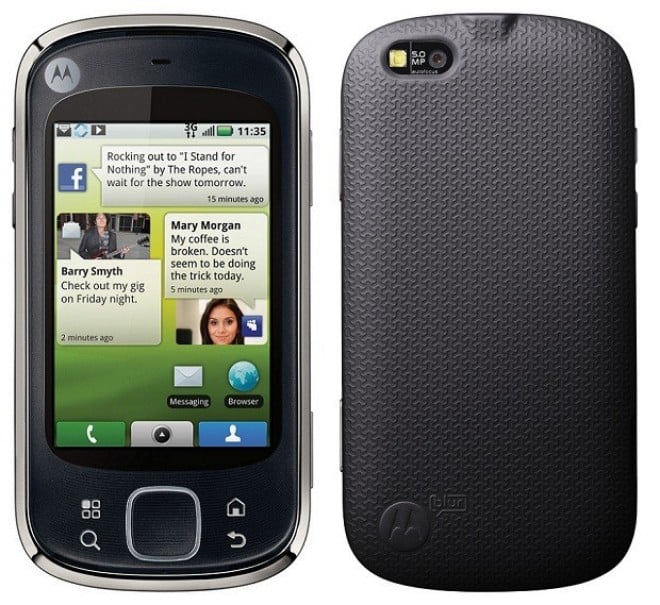 All this time we thought that the T-Mobile Motorola Cliq XT had been long forgotten, and now the Motoblur toting handset is getting an OTA (over-the-air) update. Apparently, it’s a pretty decent one at that, but don’t expect it to be Android 2.1 just yet.

The update for the XT come with the following features and fixes,

Pretty decent update for a semi-decent phone. Love it or hate it, the pre-loaded Swype keyboard may be the best part of this update. Sure, performance enhancements are great, and the Cliq XT should definitely benefit from any performance boosts, but it’s not like we had any performance issues on the XT. Oh wait. It’ll be interesting to see just how much this update will boost performance.

As far as Android 2.1 (Eclair) is concerned, it’s still expected to hit the handset sometime late in Q3 or early Q4, so you won’t have to wait too much longer (hopefully).

So if you are somehow still holding on to the XT, expect the OTA to hit your handset soon. There will likely be a manual way to install the update soon for those who are impatient.

We’re glad to see that Motorola is still keeping up with their older devices. If you’ve received the update, how are you liking it so far? Is it all that it’s cracked up to be?

Steve Ballmer is hilarious. At a UK Tech Days event, the Microsoft chief hyped up Windows Phone 7, a platform...