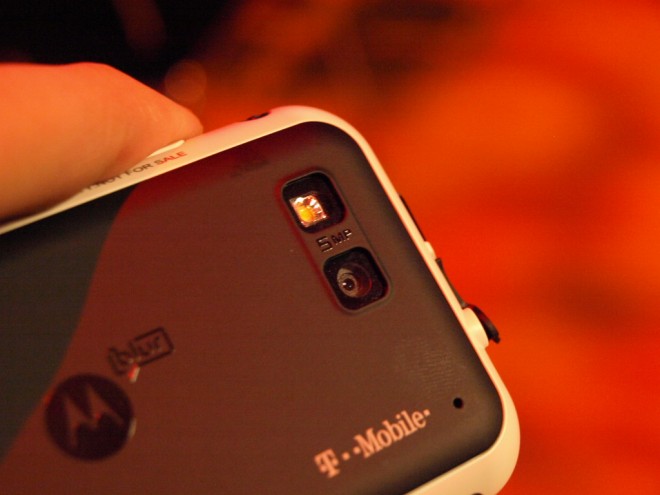 Even though the Motorola Defy debuted on Oprah, the Android-powered smartphone is not some sort of soft and emotional device. In fact, the Motorola Defy for T-Mobile can take a licking and keep on ticking. It’s not the most rugged handset we’ve ever come across, but it’ll hold up to almost anything you can throw at it in your daily life.

The device is one of the few rugged Android handsets, so that means you can drop it in water or take it in a sandstorm and it should be fine. In fact, Motorola calls the device “life proof” because it can handle anything you can throw at it in your everyday life. The Defy isn’t mil-spec tough though, so it probably wouldn’t be a good idea to use it to hammer nails into walls.

For such a strong device, it felt pretty darn good in the hands – it was relatively sleek and comfortable to hold. It has an 800 MHz TI OMAP processor and a 3.7-inch capacitive touch screen. It also sports a 5-megapixel camera, WiFi, 3G, Bluetooth, GPS and all the other features you’d expect from a device of this class. You also get the dual-microphone Crystal Talk Plus technology, which helps in noisy or windy conditions.

The device should launch with Android 2.1 and a refined version of MotoBlur. It looks more like the toned-down version that was in the Droid X but we’re still not so sure how much it actually adds to the overall experience.

The Motorola Defy is another sign that Android is gaining traction in multiple markets, as the rugged form factor is just one way to appeal to certain demographics. The company has kind of been down this path before, as the i1 also sported a tough exterior with Android guts.

Check out the video below (will be posted soon) and the pictures of the Motorola Defy with Android. Expect the device to be released before the holiday season but there’s no word on pricing yet.

Let us know what you think about the Defy in the comments.

T-Mobile has some pretty nice pricing plan options these days, with both its Even More and Even More Plus plans....