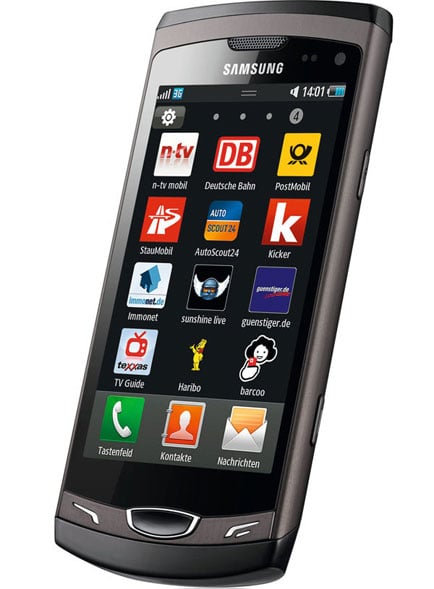 Shoot me if I understand Samsung’s naming scheme. They already have the Samsung Wave 2 (Wave 525), but now they unveiled the Wave II, which is the true successor to the original Bada-powered smartphone.

However, you/we shouldn’t expect tons of new features on board — after all, even the original Wave rocks, specs wise. The only difference between the Wave and Wave II is in the screen size and technology. Instead of rocking a 3.3-inch Super AMOLED display, the Wave II goes for a 3.7-inch Super Clear LCD screen, which we think is the same as Super TFT. Moreover, there’s the inclusion of T9 Trace input method, which you could think of as Swype for Bada — though that’s something the Wave could get via firmware update.

We’re hearing the Wave II is set to hit Germany in November when interested users will be able to grab it for 429 EUR (about $588).

AT&T announced a new website for its Developer Program, offering "extensive support to its developers for the technical and commercial...